More containers are coming in at Huangpu, China, Chittagong, Bangladesh, Dammam, Saudi Arabia and Dallas and Chicago in the United States than being moved out of these ports. 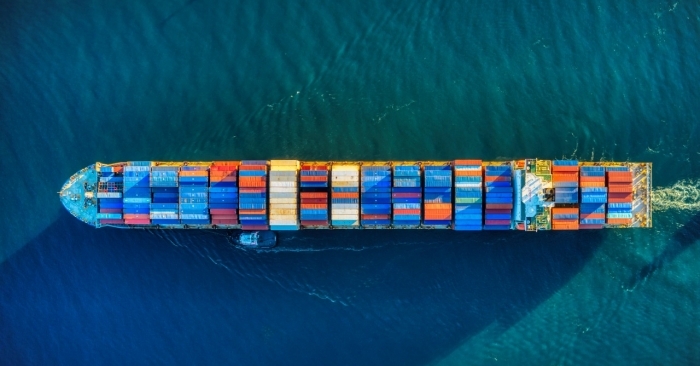 October 7, 2021: More containers are coming in at Huangpu, China, Chittagong, Bangladesh, Dammam, Saudi Arabia and Dallas & Chicago in the United States than being moved out of these ports.

The story is the same in Bangkok, Sines, Portugal, and Savannah, according to monthly data made available by Container Xchange, an online platform to buy, sell and lease shipping containers.

High CAx, exceeding 0.90, at the above mentioned ports, indicate multiple things - more imports and “blank sailings” by shipping lines, according to officials from Container Xchange.

The lowest CAx values in September were across Ningbo, Shekou and Yantian in China, Tanjung Pelepas, Malaysia and Algeciras, Spain because these ports have been exporting a large number of containers for a prolonged period, Container Xchange data show.

Gene Seroka, executive director and chief logistics officer, The Port of Los Angeles, said more demand for every product in the U.S. is adding pressure on logistics and supply chains across the world. Seroka, who was speaking recently at an online event organised by FreightWaves, said the crisis is not going to normalcy immediately.

Dr Johannes Schlingemeier, co-founder and CEO, Container xChange, said: “We witness a slight/marginal dip in container trading prices at few locations like Ningbo but the broader trend across the ports is that the prices are constantly increasing across the world. The CAx values suggest that there is probable container demand at almost every port that we monitor. Blank sailings are on the rise. The situation will stabilize only after the end of next year according to our forecasts.”

eeSea, maritime and supply chain intelligence company, had posted on LinkedIn recently that 14 vessels waiting to get through the Suez Canal "marks the biggest surprise of the Week."

Niki Frank, CEO, South Asia and CEO, India, DHL Global Forwarding told ITLN: "Actually, there is increasing congestion at the US east coast ports like NY/NJ. The problem is shifting eastward, and while the first movers shifting from west coast to east coast might still have some advantage, it is now like lemmings. All the followers now will run into the same delays at the east coast as the port capacity there is less."

The epic delays at LA/Long Beach have sent many importers looking for other options, according to Freightos, a digital booking platform for international shipping. "But that shift in volumes is now causing congestion at west coast alternatives like Seattle and Vancouver, and east coast ports like New York/New Jersey and Savannah."

The most expensive average charges for one-way container leasing are being faced in China (ranging between $2,000 and $4,500) “which indicates the ever-growing difficulties exporters are facing to ship the box from China to be able to make it for the Christmas shopping season,” according to the report from Container xChange.

Higher CAx value at the Ho Chi Minh City port in Vietnam is experienced compared to the past two years - almost 6X from last year and 3X from 2019 (0.90 in 2021, 0.16 in 2020 and 0.37 in 2019). “This shows the general level of inbound containers have increased and the imports are higher and/or exports are getting affected from a long period of time."

The general trend in India at this time of the year was lower CAx values throughout the past years before the pandemic hit, owing to more outbound containers ahead of the holiday season. However, across the three major ports in India (Nhava Sheva, Chennai and Mundra), the CAx values now are, on an average, 3X the values from 2019. For example, CAx at Nhava Sheva this year is at 0.84 (0.49 in 2020 and 0.62 in 2019). “This shows that either there are more inbound containers in India as compared to the past years or there are more blank sailings than ever from India,” Container xChange said in its monthly report.

Cargo volumes at Indian ports are largely back to pre-Covid levels with improvement in economic activity, and FY2022 volumes are expected to surpass FY2020, according to ratings agency ICRA.

Containers are in very high demand across China and the rest of Asia but many of them are sitting around Europe and the U.S, waiting to be moved back to Asia. That, probably, saw Coca-Cola hiring three bulk vessels to move materials.

Lars Jensen, CEO, Vespucci Maritime, said recently: “Christmas is happening. We moved 15 million TEU in July 2021 compared to 14.8 million TEUs in 2020 and the same in 2019… so goods are moving.” He added that the bottlenecks are not about a single issue, saying every single note in the chain is being challenged.

Jensen said the question is not lack of ships but “the fact that a lot of ships are lying idle outside
the ports. “