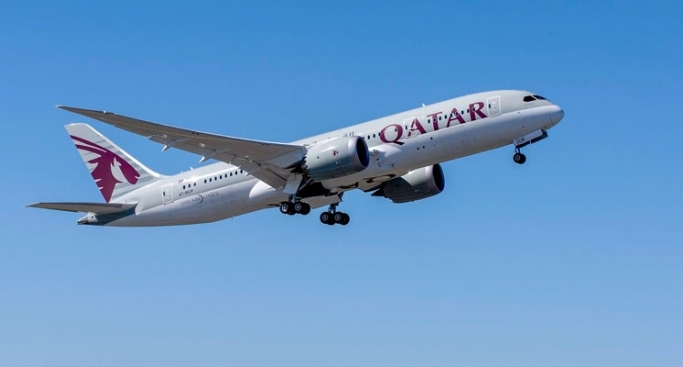 X
The flight to the capital and largest city of Angola will be operated by a Boeing 787 Dreamliner five-times a week.
Our Correspondent9 Sep 2019 7:15 AM GMT

The flight to the capital and largest city of Angola will be operated by a Boeing 787 Dreamliner five-times a week.

Our African network is expanding, with Luanda joining the #QatarAirways network in March 2020.

Qatar Airways Group chief executive, Akbar Al Baker, said: “We are excited to be announcing our new service to Luanda – the latest destination in our rapidly expanding African network connecting Luanda to key markets in the Far East, South East Asia and Europe. The new route to the coastal city of Luanda not only further solidifies the links between the State of Qatar and Angola, but will enable us to provide a seamless journey to and from this fascinating country and one of the world’s fastest growing economies. Qatar Airways is committed to growing our presence in Africa and adding to the 24 destinations in 17 countries we already offer.”

Qatar's national carrier will add Langkawi in Malaysia, and Gaborone in Botswana, to its extensive route network in October 2019. It has also recently launched services to destinations including Rabat, Morocco; Izmir, Turkey; Malta; Davao, Philippines; Lisbon, Portugal; and Mogadishu, Somalia.

Earlier this month, Qatar Airways inaugurated its new office in Amman, Jordan. The airline has 21 weekly flights (three flights per day) from Doha to the Jordanian capital.