July 16, 2019: The International Air Transport Association (IATA) has released the World Air Transport Statistics (WATS) for 2018, an authoritative yearbook on the aviation industry. 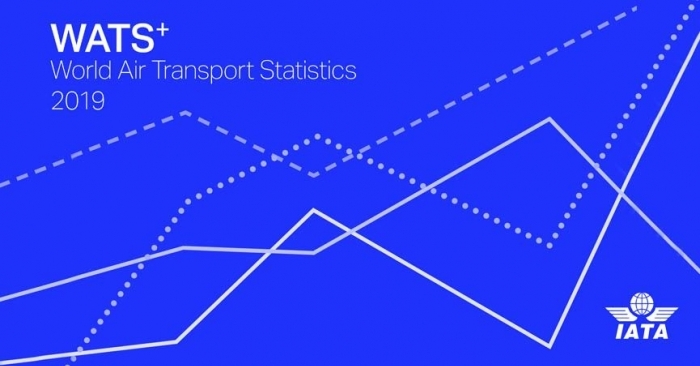 July 16, 2019: The International Air Transport Association (IATA) has released the World Air Transport Statistics (WATS) for 2018, an authoritative yearbook on the aviation industry. Passenger load factor in 2018 was 81.9 percent, while freight load factor was 49.3 percent. Interestingly, of the 5,32,000 available FTKs (million), cargo accounted for only 2,62,333 freight and mail tonne-kms (million).

"The world’s airlines safely carried 4.3 billion passengers last year, on some 126,000 daily flights connecting over 21,000 city pairs. They transported nearly 64 million tonnes of freight, equivalent to $6.67 trillion, or more than a third of world trade by value. And they did so while continuing to drive down the cost of air connectivity: After adjusting for inflation, the average return fare in 2018 was 60 percent lower than in 1998, before taxes and surcharges, while the cost of air freight ($/Kg) was down 61 percent over the same period," said Alexandre de Juniac, director general and CEO, IATA.

According to the Top 25 Cargo Carriers list released by WATS, Emirates has retained its position at number 2, carrying 12,713 freight tonne kilometers (FTK) (million) in 2018. Qatar Airways moved a position higher to the third spot with 12,695 FTK (million) during the same year. Federal Express remained firm in its position as the number 1 cargo carrier with 17,499 FTK (million), with a 3.8 percent year-on-year increase from 2017's 16,851 FTK (million).

The big movers in the WATS list were Turkish Airlines and United Airlines that moved three positions each to take spots 12 and 17, respectively.

Etihad Airways suffered a major fall of six positions, landing at the bottom of the table with 3,471 FTK (million). Etihad Cargo had redeployed its freighter capacity on core trade lanes that connect its hub in Abu Dhabi in 2018. The plan saw the airline increase existing Boeing 777 freighter frequencies into key markets in China and India. While there was no public announcement, Etihad Cargo removed all five of its A330-200Fs from service as part of its restructuring plan to return the carrier to profitability.