June 13, 2020: Port of Rotterdam in a recent press brief informed that its Indian representatives are reporting increased requests to shift production units to India from China. 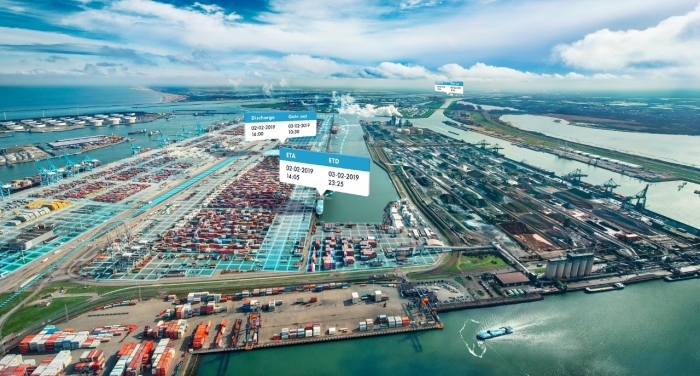 X
The total volume of trade between India and North-Western Europe is 1.1 million TEUs and Port of Rotterdam has a share of 26 percent in this.
Libin Chacko Kurian12 Jun 2020 7:24 PM GMT

June 13, 2020: Port of Rotterdam in a recent press brief informed that its Indian representatives are reporting increased requests to shift production units to India from China. The North European port showed its interest to invest in Indian ports through Sagarmala project as well as to attract more shippers and freight forwarders to move their goods to Europe through their facilities in the Netherlands.

Alexander Philipsen, business manager, Port of Rotterdam said “Both from the political and economic point of view companies are thinking about diversifying their production units to countries like Vietnam, Myanmar, Bangladesh and India. Our representatives in India are reporting more and more request to on production shifting from China to India and that’s happening. This will have an impact on trade flow between Asia and North Europe and ultimately to Port of Rotterdam also.”

Investing in Sagarmala and Indian ports
Port of Rotterdam’s ambition to invest in India has begun long back from since 2005 when it participated in an Indian Port Association project to create a master plan for major Indian ports. Since then the port tried to collaborate and participate in Indian ports, but strict regulations and uncertain economic conditions have always kept the port at bay. On October 2019, Port of Rotterdam appointed two representatives in India and signed MoUs with Maharashtra Maritime Board and the government of Kerala.

Marc Aartsen, program manager international port projects, Port of Rotterdam said “We have representatives only in few countries like some European countries, China, Brazil Russia and now India. India is one of the top three nations we are focusing according to the finalized international strategy approved by the Dutch government who is also a stakeholder in the port. We see a lot of potential and opportunities in the Indian market because the government has recognized the need to improve the quality of ports and have plans like Sagarmala where we wish to invest and participate with Indian ports.

Four pillars of international strategy
Aartsen explained that the Port of Rotterdam has four clear pillars of actions in its international operations including 1) Consultancy services by taking ups assignments like building master plans for ports 2) Training and education 3) Help with digitalisation and 4) Investing into growing parts of the country.

Projects in Asia
Aartsen said “We have an office in Jakarta, Indonesia from where we travel and explore opportunities. Right now we are working on a Greenfield project to develop a completely new port in Sumatra along with both Indonesians and Chinese. We also have some university students from the Netherlands in Malaysia and Vietnam to see if we could do similar projects there.

Trade from India through Rotterdam
Philipsen noted “As per the pre-Covid-19 data, the total volume of trade between India and North-Western Europe is 1.1 million TEU and Port of Rotterdam has a share of 26 percent in this. The port is connected to India through all major shipping lines and the new services like Hapag Lloyd from Rotterdam to Chennai is a sign of increasing trade between two countries.”

Learn about digital solutions offered at Port of Rotterdam