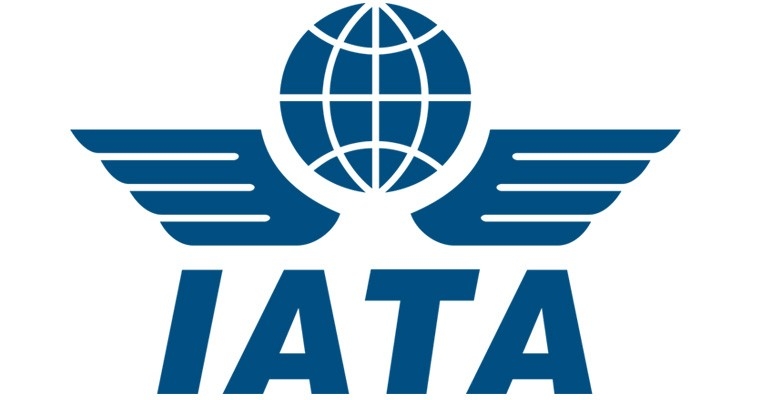 X
The international freight performance in Asia-Pacific region fell to 1.1%, a 17-month low
Our Correspondent8 Aug 2018 11:02 AM GMT

Aug 08, 2018: The International Air Transport Association (IATA) has released data for global air freight markets showing that the demand, measured in freight tonne kilometres (FTKs), rose 2.7 percent in June 2018, compared to the same period last year. This continues the slowdown in air cargo growth that began earlier in 2018. Growth for the first half of 2018 stands at 4.7 percent, less than half the growth rate in 2017.

The three main factors identified as the drivers for slowdown are:

1. The restocking cycle, during which businesses rapidly built up inventories to meet demand, ended in early 2018. There was a marked fall in air cargo volumes from March.

2. We are now seeing a structural slowdown in global trading conditions as indicated by the fall in the purchasing managers index (PMI) to its lowest level since 2016. Factory export order books have turned negative in China, Japan and the US.

3. The temporary grounding of the Nippon Cargo Airlines fleet in the second half of June exaggerated the slow-down by shaving up to 0.5 percentage points off June growth.

"Air cargo continues to be a difficult business with downside risks mounting. We still expect about 4 percent growth over the course of the year. But the deterioration in world trade is a real concern. While air cargo is somewhat insulated from the current round of rising tariff barriers, an escalation of trade tension resulting in a ‘reshoring’ of production and consolidation of global supply chains would change the outlook significantly for the worse. Trade wars never produce winners. Governments must remember that prosperity comes from boosting their trade, not barricading economies," said Alexandre de Juniac, IATA’s director general and CEO.

All regions except Africa reported a year-on-year increase in freight volumes in June 2018, but the slow growth in Asia-Pacific, which accounts for nearly 37 percent of the entire air cargo market, dragged the global growth rate down.

Capacity increased by 5.2 percent. The international freight performance by the region fell to 1.1 percent, a 17-month low, although this partially reflects comparisons with the strong performance in June 2017. For the first six months of 2018 FTKs expanded by 4.6 percent year-on-year, and freight volumes are expected to settle at an annual 3-4 percent growth.

European airlines posted a 3.3 percent increase in freight volumes in June 2018. Capacity increased by 5.4 percent. Growth is being affected by a slowdown in export orders. Supply chain bottlenecks, which are often alleviated by air freight, have also eased. For the first half of 2018, the region expanded 4.1 percent year-on year.

North American airlines' freight volumes expanded 3.8 percent in June 2018 compared to the same period a year earlier. International FTK performance was 5.9 percent, making the region the strongest-performing market for the first time in two years. The strong dollar and robust growth in the US economy are driving inbound shipments. Capacity increased by 3.4 percent. Growth for the first half of 2018 was 5.3 percent, second only to exceptional growth in Latin America.

Middle Eastern carriers' freight volumes grew 3.8 percent in June. This was an improvement on the May figure of 2.7 percent but this is well below the average five-year rate of 9.5 percent. Capacity increased 4.5 percent. Growth for first half of 2018 was 4.3 percent year-on-year, and the expectation is for volume growth to remain modest in the months to come.

Latin American airlines experienced growth in demand of 5.9 percent in June 2018 – continuing its recent run of posting the largest increases of any region. Unusually, capacity decreased by 5.7 percent. The pick-up in demand for international freight (5.2 percent) slowed compared to last month, but continues to trend well above the five-year average (1.6 percent). Growth for the first six months of 2018 was 10.1 percent, comfortably the best performance of any region.

African carriers saw freight demand contract 8.5 percent in June 2018 compared to the same month last year. Capacity also fell, by 1.4 percent. It is difficult to be positive about the current picture in Africa. International FTKs fell at the fastest pace (-8.6 percent) for nearly nine years. Although the year-on-year growth rate for the first half of 2018 was 3.0%, in seasonally-adjusted terms, FTKs are trending downward at an annualised rate of almost 20 percent over the past six months, and demand conditions are weak on all the main markets to and from the continent.