Home > Logistics > Delhivery–Spoton combination is not supplementary but complementary
Logistics

Delhivery–Spoton combination is not supplementary but complementary 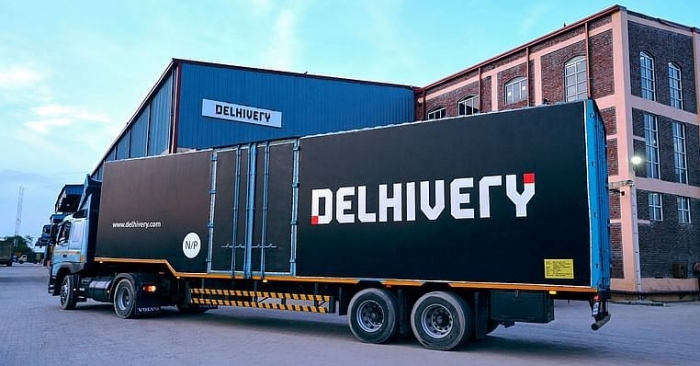 X
The current developments are shaping up the next round of consolidation within the domestic CEP market where players like FedEx and UPS are testing the market dominance of DHL in India and APAC.
Libin Chacko Kurian9 Aug 2021 6:16 AM GMT

While many perceive it as a supplementary addition, market experts note that it is a complementary union of two leaders in two different segments (B2C and B2B) of express distribution.

It is observed as a disruptive episode with long-term implications across the industry that includes Delhivery could compete both in B2B and B2C, beginning of consolidation, FedEx and UPS challenging the domination of DHL, traction for omnichannel strategy and eased B2C pricing pressure. However, they also raised concerns about the cultural and technological integrations of the two companies.

Supply chain specialist Vikas Pawar said, “Delhivery was close to about ₹3,000 crore at the beginning of this year. They want to double it up in 24 months and Spoton adds ₹1,000 crore to the topline immediately.”

Khatri added, “In such a competitive market, CAGR of Spoton has remained one of the best in the industry in the last five years with strong sales orientation along with value-for-money services.”

According to an April 2021 report by Ken Research, the Indian e-commerce logistics industry is expected to register a positive CAGR of 23.6 percent in terms of revenue for the next five years and reach ₹492.4 billion by 2025.

We have approached both Delhivery and Spoton, however, they are yet to respond to our queries.

According to Pawar, Spoton ticks all the right boxes for Delhivery as it has shown consistent growth, has professional management, is profitable and is debt-free with a very healthy cash flow.

“Since the operational nuances of B2C and B2B are different, it is the highlight of this acquisition. And it is not supplementary but complementary as some are talking,” he said.

“Spoton holds long-term relationships with all the major customers in all the major verticals like high tech, automotive and pharmaceuticals, which are not targeted by Delhivery traditionally. Thus this acquisition gives Delhivery a pipeline of customers,” he added.

Khatri noted that to be one of the top players in the B2B segment, inorganic growth is the need of the hour for Delhivery.

Spoton caters to 22,000 plus postal codes in India with its infrastructure of 13 major depots and 35 plus transit hubs within the country.

Srideep Sen, an independent marketing consultant, informed that Delhivery will benefit from the expertise of a 1600 plus workforce of Spoton who managed to scale the business in such a short time.

“As e-commerce is growing exponentially and it is very difficult to build a profitable and sustainable express logistics business overnight. Hence adding a successful express player in the portfolio makes sense,” he added.

Beginning of consolidation
Backed by Softbank, Tiger Global Management and Carlyle, Delhivery raised $277 million in May 2021 in a round led by Fidelity with participation from Singapore’s sovereign wealth fund GIC, Abu Dhabi’s Chimera, and UK’s Baillie Gifford.

In July 2021, FedEx Express India announced that it will invest $100 million in Delhivery as they entered into an equity and commercial agreement to utilize their combined strengths in India.

Pawar reasons that all the current developments are shaping up the next round of consolidation within the domestic courier express and parcel (CEP) market where players like FedEx and UPS are testing the market dominance of DHL.

"The Delhivery IPO, FedEx investment in Delhivery and the Spoton-Delhivery alliance is the essential episode in the overall long-term story of consolidation domestically. Worldwide, the CEP market is dominated by three players - DHL, FedEx and UPS. Till now, by far, DHL has been the dominant player in the Asia-Pacific (APAC) CEP market and also in India, through its relationship with Blue Dart,” he noted.

While considering the level of competition this combination will offer, Sen said, “Standalone express logistics player have to compete with the allied logistics services, technology and efficiencies of Delhivery. Similarly, a 3PL or an e-fulfilment player also needs a strong express business to provide a one window solution to their B2B and B2C customers.”

Towards omnichannel
The bigger part of the domestic express logistics pie is held by traditional B2B express players like TCI Express, Gati and Safexpress and for them, B2C still remains a small portion.

There are either B2B focused players or there are B2C focused firms like XpressBess and Ecom Express. But the Covid-19 disruption is altering the brick and mortar and e-commerce supply chain where the concept of omnichannel is gaining ground.

“For all the major verticals, electronics, apparel and even FMCG are witnessing the omnichannel trend. Delhivery-Spoton combination provides a very formidable play in that entire omnichannel setup. This alliance probably will be a challenger to the market dominated by pure B2B and pure B2C players,” Pawar said.

Khatri feels it is a beginning where all express logistics and related services will consolidate under one umbrella. “Such step to help organizations to optimize backend infrastructure in a better way and be more competitive,” he said.

IPO impact on pricing pressure
The traditional express players had forayed into e-commerce and had grown but they had withdrawn due to unsustainable pricing and the struggle for margins. With Delhivery IPO, the combined organization will have to stand the quarterly scrutiny of investors and it could result in an ease of current pricing pressure in B2C.

Sen said, “As Delhivery is heading for the IPO with a valuation of $3.2 billion to $4 billion, the acquisition will only enhance the valuation.”

Pawar said, “They will try to control the pricing, which has been unfavourable on the B2C side. So the practices of acquiring markets and discounting on unit economics are not going to hold in future.”

Integration challenges
Experts want positives in the Spoton business model to be developed by Delhivery and should not be overshadowed by its B2C focus.

"Spoton has invested in technology for the traditional road logistics segment. And if there is a choice made to overshadow this kind of proven platform that could turn out to be counteracted," Pawar said.

Khatri, however, has concerns about cultural differences. “We feel that integration of two competing express businesses might be a challenge for Delhivery considering the difference in the culture of both organizations.”

On any scale or standard, what Delhivery intends to do by acquiring Spoton Logistics and expand its operations in Indian express logistics is truly phenomenal.

Its dimensions are not limited to the domestic market but have global implications and are part of the competition in the global CEP market. This is a signpost for where the Indian express logistics industry is heading.