April 18, 2018: The CMA CGM Group has welcomed the adoption, by member countries of the IMO, of a strategy aimed at reducing carbon emissions by 50 pe 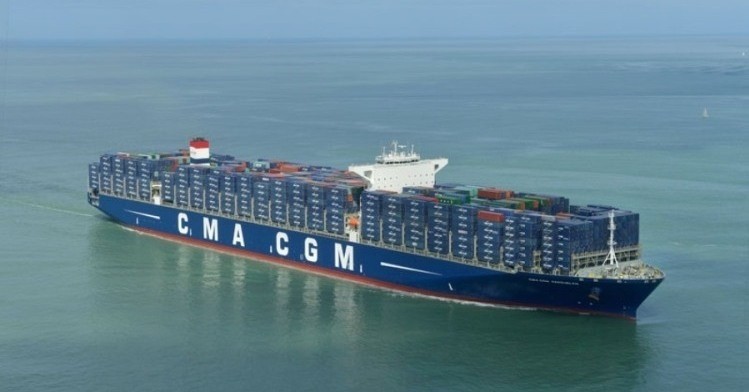 April 18, 2018: The CMA CGM Group has welcomed the adoption, by member countries of the IMO, of a strategy aimed at reducing carbon emissions by 50 percent in 2050 in the maritime transport industry.

The CMA CGM Group said in a press release that it is already strongly committed to the protection of the environment and has implemented a proactive policy aimed at significantly reducing its CO2 emissions. Thus, over the years, the group has developed several innovations (fleet and engine optimisation, creation of Fleet Centers, etc.), which led to an improvement of its carbon efficiency by 50 percent between 2005 and 2015 and by 10 percent in 2017.

The group has also set itself a new ambitious goal of improving its carbon efficiency by 30 percent between 2015 and 2025. As a group committed to the energy transition, CMA CGM will be the first shipping group in the world to own in its fleet, from 2020, giant ships of 22,000 TEUs powered by liquefied natural gas (LNG). The result of several years of research conducted within the group, the choice of LNG will enable 99 percent less sulphur emissions; 99 percent less fine particles; 85 percent less nitrogen oxides emissions ; and up to 25 percent less CO2.