Home > Aviation > SpiceJet wants to start cargo, passenger flights to US as soon as possible
Aviation

SpiceJet wants to start cargo, passenger flights to US as soon as possible

December 7, 2020: The Indian low-cost carrier SpiceJet on November 25, 2020, has submitted an application for foreign air carrier permit before the United States Department of Transportation (DOT) to start scheduled commercial flights carrying passengers and cargo between the two countries as soon as possible. 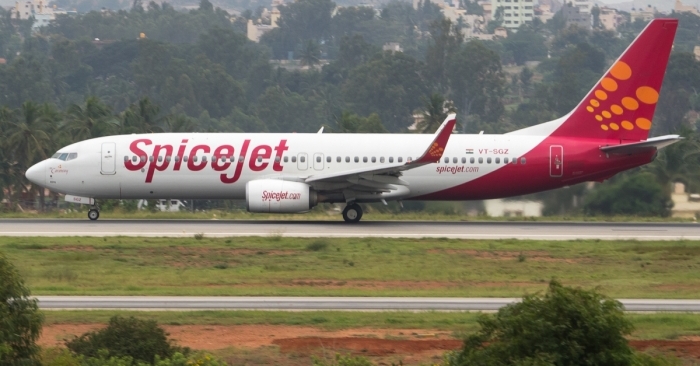 December 7, 2020: The Indian low-cost carrier SpiceJet on November 25, 2020, has submitted an application for foreign air carrier permit before the United States Department of Transportation (DOT) to start scheduled commercial flights carrying passengers and cargo between the two countries as soon as possible.

“SpiceJet applies for a foreign air carrier permit as envisaged by the terms of the air transport agreement between the government of the United States of America and the government of India, signed on January 15, 2005,” reads the submission.

In July 2020, the government of India had given SpiceJet its permission to go ahead with its plan to start the US operations.

“With the demise of Jet Airways, Air India is the only Indian carrier to ply routes to the United States where it serves Chicago O'Hare, New York JFK, New York Newark, San Francisco, CA, and Washington Dulles from Delhi. From Mumbai Int'l, it serves Newark,” reports ch-aviation.

“From Delhi, the aircraft would need to make a stop in the Middle East or Turkey. From there, the airline would likely make a stop somewhere in Europe. Shannon (SNN)in Ireland is a good pick, with plenty of capacity and about as far west as you can go without leaving the continent. From Shannon, SpiceJet could probably make the trip to JFK if the plane was lightly loaded or empty. However, we’d bank on it making one more stop on the route. Iceland is a likely candidate (KEF), or perhaps it would aim to cross the Atlantic in one go, stopping in Newfoundland (possibly Gander?) on the way,” reports Simple Flying.

SpiceJet operated its first-ever long-haul cargo flight in August 2020, from Amsterdam to Mumbai using its newly-inducted wide-body Airbus A340 aircraft. In the same month, the airline operated its first flight to Frankfurt from Delhi as well using the same aircraft.

Meanwhile, SpiceJet in October 2020 announced its plan to start operating scheduled passenger services to London from Mumbai and Delhi. However, SpiceJet has postponed the services due to its awaiting ACC3 validation. Air Cargo or Mail Carrier operating into the Union from a Third Country Airport (ACC3) is a designation required for non-EU carriers to fly cargo into or through the European Union. The air carrier needs to submit its air cargo or mail security program in non-EU countries to an EU aviation security independent validator.