Abhishek Chaudhary, vice president - corporate affairs, HR and company secretary - NICDC and promoter director at NLDS, talks about their solutions, clients, priorities, technology and future in the context of the recent extension of its service to 9 SEZs. 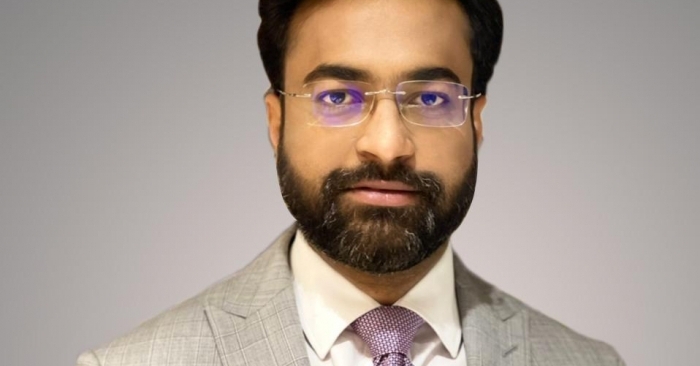 NLDS is a joint venture between govt of India represented by the National Industrial Corridor Development and Implementation Trust (NICDIT) and the Japanese IT major NEC Corporation.

Abhishek Chaudhary, vice president - corporate affairs, HR & company secretary - NICDC and promoter director at NLDS, talks about their solutions, clients, priorities, technology and future in the context of the recent extension of its service to 9 SEZs.

Incorporated in 2015, do you think NLDS has achieved what it was meant to?
It is always an evolving process and growth has no limits. The concept of LDB project was developed after having an in-depth study of logistic sector in India and discussions with various stakeholders across government ministries/ departments, importers/exporters, trade associations, ICDs and CFSs. Having been involved in the project since inception just reminds me of the initial challenges being faced in bringing the project to its present levels.

With the support of ministry of shipping, LDB started its commercial operations across the terminals of Mumbai’s Jawaharlal Nehru Port (JNPT) on July 1, 2016, and extended the services to Mundra and Hazira Terminals operated by Adani Ports and Special Economic Zones (APSEZ) in Gujarat on May 1, 2017. From November 2018, NLDS extended its operations pan-India—Krishnapatnam, Kattupalli, Chennai, Tuticorin, Cochin and Mangalore ports in the Southern corridor and Kolkata, Haldia, Visakhapatnam ports in the Eastern corridor along with Deendayal Port in Gujarat. With the recent expansion at Pipavav Port, NLDS now covers 17 ports (27 port terminals) across India.

The project has enabled quick decision making for the trade and has improved the competitiveness of logistics and manufacturing industries. It has also provided better governance, complete transparency and visibility of services for performance evaluation of various ports, ICDs, CFSs and the entire supply chain sector. We worked on the principle of ‘naming’ and ‘shaming’ to generate inter-se competition.

What is the impact of the Covid-19 pandemic on NLDS and the industries you serve?
Given the current pandemic situation where multimodal transport has become a necessity and dynamic decision making is required for the routing of goods-in-transit, visibility and transparency play a key role in bringing agility, resilience and predictability into the supply chain.

NLDS played a critical role in giving information on the whereabouts of essentials. Backed with innovative technology and minimum human interface, NLDS kept the logistics industry running at pace during the pandemic.

Give us a sense of the LDB System as your flagship solution and its potential?
The LDB project aims to bring visibility and transparency to the Indian logistics system through an IoT (Internet of Things), Big data and cloud-based visualization platform. It works by affixing RFID tags to shipping containers starting from their import journey. Positional information of the containers is tracked through the RFID readers installed at locations such as toll plazas on the highways/ expressways; port entry and exit points; ICDs and CFSs. This information is uploaded on the cloud and shared with other logistics systems such as the port management systems. To track the consignment, stakeholders can just log into the website (www.ldb.co.in) or mobile application using the 11 digit container number only.

In addition to this, monthly analytical reports on congestion analysis and performance benchmarking are provided to all stakeholders to identify bottlenecks during transit and improve the system more holistically. LDB system is already integrated with the Terminal Operating System (TOS) of Ports, FOIS system of Railways and Port Community System.

How your solutions are helping your clients and other stakeholders.
Shippers and consignees have been facing a lot of trouble when it comes to tracking the freight movement due to lack of visibility and transparency and unavailability of a common integrated system, which led to poor workforce planning and inefficient operations eventually causing delays in the container movement.

LDB has helped in bridging the gap between the various stakeholders in the supply chain by providing a common platform for everybody’s needs. It has generated visibility for containers during their transition, which in turn has created transparency and opened up competition amongst logistics operators to provide better services to end-customers i.e. export/import related companies and thus reducing lead-time and transaction cost.

Use of LDB services has begun reflecting in the performance of the logistics chain, with shipment, warehousing and cargo consolidation witnessing improved dwell time after the launch of LDB services. This initiative has streamlined the container logistics operations at all the major ports in India. Tracking cargo, container as well as bulk, is essential to reduce logistics cost from the present 14 percent of the GDP to international standards of 8 percent to become competitive in the export market. After digital tracking, container handling time at JNPT came down from 97 hours to 47 hours adding to Ease of Doing Business and reducing logistics cost.

How intelligent is the technology used by NLDS? What is your vision about improving those technologies?
LDB’s journey embarks upon new-age technologies such as IoT, Big data and blockchain. LDB platform is an IoT, Big data and Cloud-based solution that uses RFID technology to provide near real-time visibility of container movement in the country. RFID readers are set up across all the entry and exit gates of the ICD’s, CFS, Toll plazas, for capturing the container information while in transit.

LDB analytics reports which are designed using Data Platform for Hadoop (DPH) and IoT solutions are published every month which provide insights into the stakeholders’ performance across the competitive landscape.

The technology platforms we use:

We have recently introduced FIWARE Technologies usage for LDB portal which will help to improve overall supply chain visibility through:

What is the future of NLDS?
We are planning for extensive coverage in the coming years—connecting hinterlands with all ports of India to maximise visibility, and reduce logistics cost. Going forward, we intend to cover 150+ toll plazas and maximise coverage across CFSs and ICDs. We are further planning to track bulk cargo and extend NLDS coverage to all major SEZs of India in years to come. chain systems.

After success in containerised cargo, we are now focusing on inter-connecting all the stakeholders of Indian logistics in a single virtual data gateway by integrating Vahan, Sarathi, IEC, Air-cargo management system etc. to digitally share data on a unified logistics platform. The end-users soon can have a unified view of multi-modal logistics which intern will increase our logistics competitiveness.

This interview was originally published in Indian Transport & Logistics News' May - June 2021 issue.