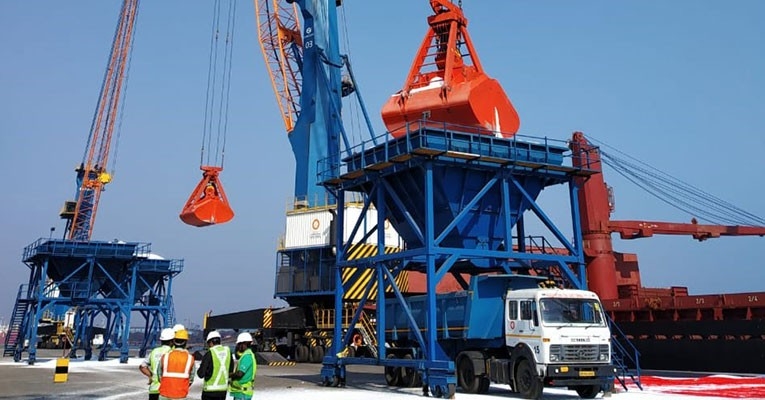 The PICT team ensured seamless completion of discharging operations. The vessels came alongside without any pre-berthing delay and a discharge rate of over 10,000 MT per weather working day (PWWD) was achieved. Both the parcels were discharged through the hoppers, thereby eliminating jetty dumping.

The cargo was stored in a clean and covered warehousing facility with storage space for the entire 87,000 MT of cargo. During the movement of the cargo to the warehouse, minimal cargo handling loss was observed.

Operations, such as neem coating of urea, bagging it into 45-kg bags and loading them into racks for the final dispatch, were also carried out at PICT. For bagging operation, mechanised bagging unit with neem coating facility was used. The average loading rate of cargo dispatches from PICT to various destinations via rakes is 1-1.5 rakes per day. However, it was increased to 2-2.5 rakes per day for faster completion of rake loading. Loading of the railway rakes was completed in less than 5 hours, within the free period granted by the Indian Railways.