January 25, 2019: German carrier Lufthansa Cargo intends to increase its frequencies to India when it inducts four brand new Boeing 777 freighters during the course of 2019. The cargo division of the German carrier is also eyeing the Japan and US markets. 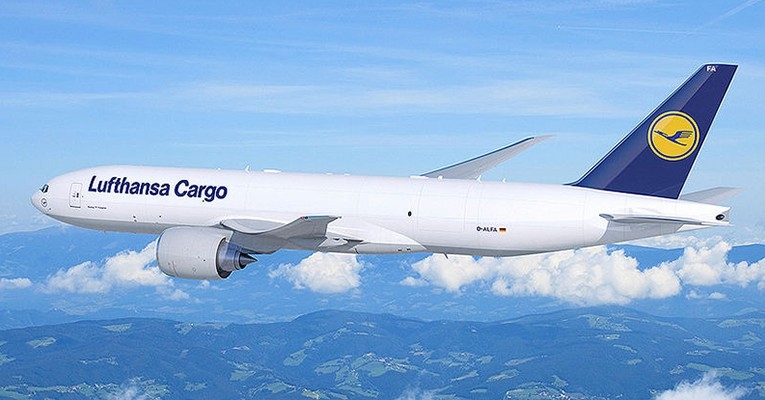 X
Lufthansa to fly more freighters to India when new B777Fs join its fleet
Our Correspondent25 Jan 2019 10:24 AM GMT

January 25, 2019: German carrier Lufthansa Cargo intends to increase its frequencies to India when it inducts four brand new Boeing 777 freighters during the course of 2019. The cargo division of the German carrier is also eyeing the Japan and US markets.

“Lufthansa cargo is in a lucky situation getting more freighters enter into its fleet. Actually four 777 freighters will come during the year (2019); that will allow us to add frequencies to destinations we already serve like in Japan, in India, and in the US – routes where customers really seek more capacities. That’s good news for our customers I guess,” said Lufthansa Cargo board member Dorothea von Boxberg in a video interview posted on Lufthansa Cargo LinkedIn page.

The additions to the Lufthansa Cargo fleet are expected to arrive at their future Frankfurt base in mid-February and late March, while the first new jet for AeroLogic should reach at its base in Leipzig next month. The second jet is expected to join the fleet in the fall.

“This will effectively modernise our own fleet at our Frankfurt Airport base and further boost our efficiency and reliability. At the same time, we are focusing as a shareholder on growing AeroLogic,” said Peter Gerber, CEO and Chairman of the Executive Board of Lufthansa Cargo, while announcing the addition of the fourth 777 freighter.

Lufthansa Cargo currently has 17 freighters in its fleet that include 12 McDonnell-Douglas MD-11Fs and five B777Fs.

In August 2017 Lufthansa had increased its weekly frequency to Mumbai to four from three flights earlier in response to the tremendous demand for air freight capacity out of India. In addition to its 10 weekly freighter flights to India covering Mumbai, Bengaluru, Chennai and Hyderabad, the airline offers belly space on passenger aircraft, which operate to India.