October 22, 2020: Lufthansa Cargo has published the winter schedule for its cargo aircraft to several destinations worldwide including Mumbai, Hyderabad, Chennai and Bangalore in the coming half-year from its home hub in Frankfurt am Main (FRA). 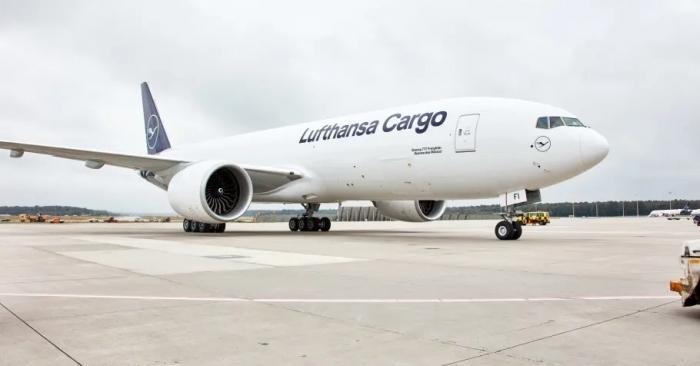 X
Meanwhile India and Germany reached a resolution to the air travel trouble under the air bubble agreement.
Our Correspondent22 Oct 2020 4:48 AM GMT

October 22, 2020: Lufthansa Cargo has published the winter schedule for its cargo aircraft to several destinations worldwide including Mumbai, Hyderabad, Chennai and Bangalore in the coming half-year from its home hub in Frankfurt am Main (FRA).

Between Europe and Asia alone, an average of 35 freighter connections a week are scheduled. Here, the focus will be on the Chinese metropolis of Shanghai (PVG), the South Korean capital Seoul (ICN), Japan's capital Tokyo (NRT) and the Hong Kong Special Administrative Region (HKG). Also scheduled are China's capital Beijing (PEK) and the West Chinese metropolis Chengdu (CTU) as well as several destinations in India.

The winter flight schedule is valid from 25 October. In addition to its freighter services, Lufthansa Cargo also markets the belly capacities of over 3,000 weekly flights operated by Lufthansa, Austrian Airlines, Brussels Airlines, Eurowings and SunExpress.

Dorothea von Boxberg, Lufthansa Cargo CCO and Board Member Product and Sales, "We look forward to again offering our customers an extensive and dense network of freighter connections in the coming winter period. It perfectly complements some 150 worldwide destinations currently offered to our customers via the belly capacities of Lufthansa, Austrian Airlines, Brussels Airlines, Eurowings and SunExpress. In order to optimally meet demand, we will continue to manage our freighters flexibly in the coming months.”

Cargo aircraft are scheduled to operate 34 times a week between Europe and North America. Chicago (ORD), New York (JFK), Los Angeles (LAX) and Atlanta (ATL) are among the most frequently served airports. In addition, Houston (IAH), Seattle (SEA) and Dallas (DFW) in the United States, Mexico City (MEX) and Guadalajara (GDL) in Mexico and Toronto (YYZ) in Canada are also included. The Norwegian city of Stavanger (SVG) is also partially integrated into the North Atlantic rotation.

In addition, four weekly round-trips to the Middle Eastern and African region are on the agenda, connecting the Egyptian capital Cairo (CAI) and the Israeli metropolis Tel Aviv (TLV) with Frankfurt.