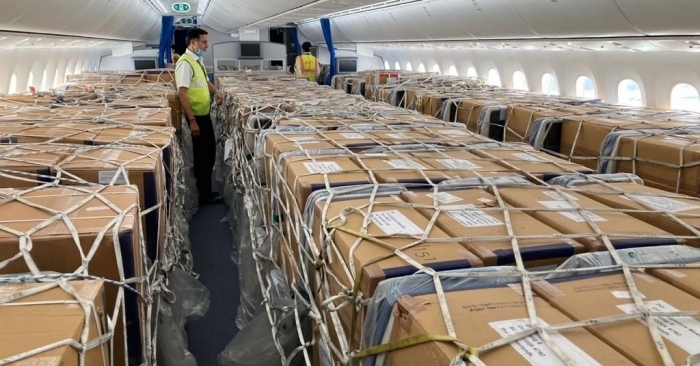 Group Concorde is the General Sales & Service Agent (GSSA) for Lot Polish Airlines in India who informed that it was mostly automobile components and pharmaceuticals and the successful uplift is the result of its team’s finding of smaller packages that could fit inside overhead cabins and below the seats as well.

Prithviraj Singh Chug, director, Group Concorde, said, “The freight was composed of heavy engineering and automobile parts, which made it very heavy. Luckily the sales team was able to find small boxes that to load cargo in every part of the cabin.

On March 28, 2021, the airlines also made a record uplifting of 43.2 tonnes on Boeing 789 preighter without cabin loading from Mumbai to Warsaw.

There is a good flow of cargo from Delhi and Mumbai to Warsaw right now and Chug noted that this is not very usual. “Earlier most of the freight forwarders, especially the big ones, have been taking freight into Frankfurt, clearing it over there and then trucking it in to Warsaw and other polish final destinations where the consignee is.”

“Poland in itself is a big country and they do buy a lot from India. It’s not just pharmaceuticals but also a lot of heavy automobile parts and engineering goods that are going. That is also one reason why we could hit a very high number.”

The frequency of LOT Polish Airlines from Delhi to Warsaw is three times a week on day three, five and seven while Mumbai to Warsaw is two times a week on day four and seven. Group Concorde informed that the frequency from Delhi is going to stay at three while Mumbai-Warsaw may go up to three depending on the fleet availability. “LOT Polish Airlines already has a global network and they are looking at which are the most profitable routes, so we are working hard to make it three flights from Mumbai,“ he added.