September 10, 2019: Sea lions Merlin and Reggie have made their way from the United Kingdom (UK) to China through Kerry Logistics' first class travel. 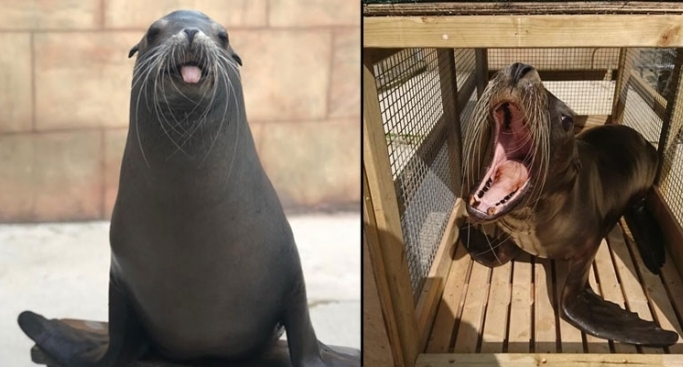 September 10, 2019: Sea lions Merlin and Reggie have made their way from the United Kingdom (UK) to China through Kerry Logistics' first class travel.

The sea lions were transported to London Heathrow via dedicated, temperature-controlled vehicles, after the appropriate and mandatory veterinary and quarantine controls. For the operation, Kerry Logistics teamed up with Hainan-based Kerry EAS Logistics, to ensure a swift transhipment. The pescatarians settled into their new home within two hours of landing.

“Transhipment via any other European or Chinese airports was not in the animal’s interest, so we opted for a direct service, and the choice of aircraft (Airbus A330 – 200) that gave the guarantee of the hold temperature being regulated between two and eight degrees centigrade,” said David Mallinson, general manager - UK Air Division, Kerry Logistics.

The veterinary process was orchestrated within 48 hours of flight departure, as defined by the very strict regulations that surround quarantined conditions. After Customs clearance the animals were sent directly to the aircraft side and loaded for a flight of 11 hours and 40 minutes.

“Naturally, the welfare of the animals was of paramount importance. This was considered at every part of our process in airfreighting the creatures to Sanya,” added Mallinson.

“Prior to shipment, Kerry Logistics were instrumental in ensuring that all documentation was in good order. This included ensuring all of the documentation was correct; Quarantine Certificates, European Health Certificates, Certificates of Origin, Live Animal Packing Declaration and Import Permit for China. Our team showed great flexibility and understanding in planning and executing this shipment. We look forward to receiving similar requests,” informed Mallinson.