The next 10 years will be very critical for Indian ports and the economy that depends heavily on them. Everybody from port operators to govt, and from regulators to private players are gearing up for this by opening the industry to a more free-market, modernising, automating and connecting hinterlands in a multimodal way. 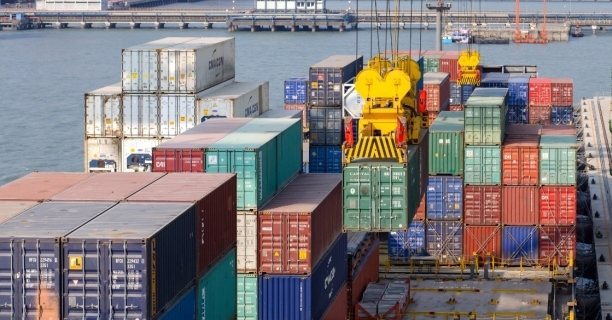 The next 10 years will be very critical for Indian ports and the economy that depends heavily on them. Everybody from port operators to govt, and from regulators to private players are gearing up for this by opening the industry to a more free-market, modernising, automating and connecting hinterlands in a multimodal way. The result would be intense competition.

Indian ports account for 95 percent of the country’s external merchant trade by volume and 70 percent in terms of value, according to Indian Ports Association (IPA), and the total cargo handled at Indian ports is likely to reach 2400 million tonnes per annum (MPTA) by 2030 from the present 1250 MTPA handled in FY 2020-21. This means the traffic will almost double in the next 10 years.

While describing how Indian ports have been handling and how this will evolve, Rajiv Agarwal, operating partner, infrastructure – Essar and managing director, Essar Ports, said, “Over the years, commodities like coal, iron ore, POL (petroleum, oil and lubricants) have been playing a key role in trade with important industries being oil refinery, steel, mining, power and others which depend significantly on ports for movement of raw material and finished goods. The last decade has seen the growth of containers and LNG. As the nation develops and moves towards the $5 trillion economy, domestic consumption, growing e-commerce, manufacturing and EXIM cargo are expected to be boosted.”

All of this will need state of the art port facilities which can ensure cargo is handled in the most cost-effective and environment-friendly manner. “Since inception, Essar has been investing in the development of operations of facilities and solutions that provide a sustainable advantage to customers,” he added.

Over the last few years, the central government has been attempting modernisation, mechanisation and digital transformation of ports by improving capacity, increasing the efficiency of cargo handling and decreasing the turnaround times.

Union minister for ports, shipping and waterways Sarbananda Sonowal, in a recent FICCI digital event, said: “India is in the cusp of a maritime revolution and require a vibrant and strong maritime industry,” and noted that the central government’s intention is to bring the Indian maritime industry at par with the top global benchmark in the next 10 years.

“In order to achieve the objective of Atma Nirbhar Bharat, the government has approved a scheme to provide ₹1,624 crore for over five years as a subsidy to Indian shipping companies through tenders for the import of government cargo. This will result in a larger and healthier Indian fleet which will enhance the share of Indian companies in global shipping. The ministry has achieved significant progress through port-led development, policy initiatives, provisions of multimodal logistics and movements through inland waterways,” he said.

One of the most important developments that visualise his words is the recently passed The Major Port Authorities Act, 2021 which intends to revamp the administration, control and management of major ports in India. The role of the Tariff Authority for Major Ports (TAMP) for fixation of the tariff has been done away with as a tariff regulator and ports would be free to set their tariff based on market forces, thus opening the Indian ports and terminals into a free market economy.

Dr Abhijit Singh of Indian Ports Association: "The impact of the proposed changes in tariff fixation will be enormous as it will create inter port competition and they will be in a better position to take on markets."

Major Port Authorities Act 2021 to intensify competition
“The impact of the proposed changes in tariff fixation will be enormous as it will create inter port competition and also once the ports are empowered for tariff fixation, they will be in a better position to take on markets with nearby non-major ports handling similar cargo,” wrote Dr Abhijit Singh, executive director, IPA in a recent article.

The bill also provides for the formulation of an adjudicatory board that will adjudicate disputes among major ports, public-private partnership concessionaires and captive users.

“Further, the act aims at decentralising decision making and infusing a professional approach in governance of ports. The bill is aimed at reorienting the governance model in central ports to the landlord port model, in line with the successful global practice, where the core infrastructure is developed by the port authority and the commercial operation is bid out to private players,” he added.

Agarwal said; “Major Ports Act 2021 is very positive for the port sector. It provides private players to fix the tariff based on the market condition which will propel fresh investment and growth in the sector.”

The port sector not only requires policy initiatives but strong infrastructure developments as well. Agarwal pointed out the country’s requirement to connect its ports and terminals to the towns, villages, manufacturing centres and industry clusters deep inside Indian geography.

“India is ideally located and plays a key role in world trade be it export, import or transhipment. With a focus on Atma Nirbhar Bharat – the role of India is only going to get strong. However, last-mile connectivity to hinterland needs to be improved at Indian ports both through road & rail links and availability of rakes to enhance freight share of waterways and rail, enabling lower logistics cost and cleaner environment.”The recently launched PM Gati Shakti could give some answers and tell us a lot about how the government is thinking. Sanjay Sethi, JNPT: "With the completion of phase 2 of the fourth container terminal (BMCT operated by Singapore’s PSA International), JNPT will achieve a capacity of 10 million TEUs.

“It was very common that there was no rail connectivity where most of the mining work was done. We have seen that wherever there were ports, rail or road facilities to connect the port to the city were missing. Due to these reasons, the cost of production, exports and logistics has always been very high in India. This is, no doubt, a big obstacle in the making of a self-reliant India,” he said.

He even gave an example of an integrated industrial township coming up in Dadri, Greater Noida. “It is being linked to the ports of eastern and western India through a dedicated freight corridor. A multimodal logistics hub will be set up here. A multimodal transport hub will be built next to it. The state-of-the-art railway terminus will have inter and intra-state bus terminus and will be supported by mass rapid transit system and other facilities,” he said.

Further detailing how India will speed up with Gati Shakti, Amitabh Kant, chief executive officer of NITI Aayog, the policy think tank of the central government, wrote: “The infrastructure plan of a country must seamlessly & efficiently move goods & people across various modes of transport. However, this requires a coordinated approach. For instance, roads would feed into railway lines which in turn would feed into ports, efficiently moving goods from the hinterlands to the ports.”

Ports in India are getting modernised with focus and improvement in the areas which are aiding the industry in better logistics management and reduction of logistics cost.

Wave of trends in Indian ports
While identifying the trends in Indian ports and terminal operations Agarwal noted the deeper drafts for the handling of larger size ships, mechanisation to improve the cargo loading and discharge rates, improvement in cargo evacuation infrastructure through better road and rail connectivity and reducing carbon emissions and dust generation ensuring safe working and clean environment.

“We are also witnessing the ports industry going through a technological shift. Embracing technological advancement with minimum human intervention is now becoming a key element in the ports sector. With the infusion of modernisation and technology, companies are now rethinking their business strategy and reinventing themselves with digital strategies at core to gain a sustainable edge. Ports and industry are connected now more than ever where visibility of cargo has become critical,” he said.

With the objective of propelling India to the forefront of the global maritime sector, the ministry of ports, shipping and waterways (MoPSW) has prepared Maritime India Vision 2030 (MIV 2030), a blueprint to ensure coordinated and accelerated growth of India’s maritime sector in the next decade.

Sanjay Sethi, chairman of the country's largest port Jawaharlal Nehru Port Trust (JNPT), in a recent interview, gave an update about the ambitious project of setting up the country’s largest seaport at Vadhavan with a capacity of 24 million TEUs. “Currently we are in the process of getting the environmental clearances, the rail and road connectivity measures and the detailed engineering including some changes in the layout,” he said.

He also added that JNPT will double capacity in the next two three years. “With the completion of phase 2 of the fourth container terminal (BMCT operated by Singapore’s PSA International), JNPT will achieve a capacity of 10 million TEUs. We have been doing 5 million TEUs for the last two to three years,” he said.

When asked about the current and future trends, he noted the increasing size of vessels across the world and how ports and terminals should align with this trend. “Even though there was a dip in the volumes due to Covid and challenges like empty containers and high sea freight rates, for a country like India containerisation will increase. For India, there is every reason to feel optimistic. There is also a consolidation of the shipping market happening,” he added.

JNPT recently floated a tender to privatise Jawaharlal Nehru Port Container Terminal (JNPCT), the fifth and only terminal handled by the government. According to media reports, at least 12 private players including the biggest Indian and International port operators are interested and are participating. In a way, it shows where the Indian ports and terminals business is moving and what the future holds for them. However, the market definitely needs a level of competition and fresh air of free market to keep the investments coming in. On the other hand, players have to make sure that they are aligned with the new trends.