Hyperloop Transportation Technologies (HyperloopTT) has announced the establishment of HyperloopTT 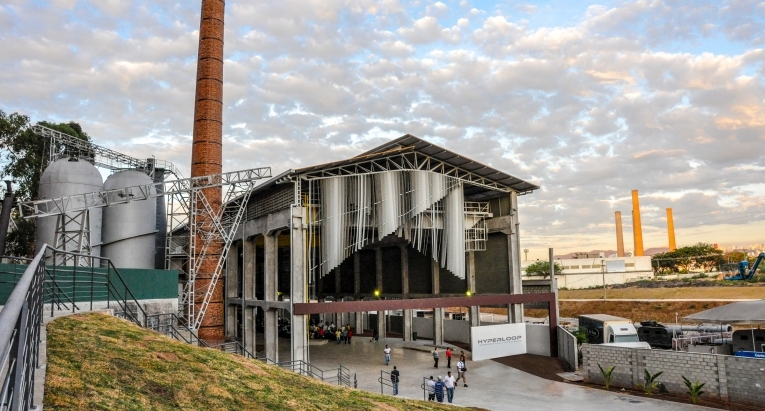 Located on 5.4 acres, the 43,000 sq/ft XO Square will house the company's new HyperloopTT logistic research division, a fabrication lab, and an ecosystem of leading global companies, startups, universities, innovators, scientists, and governments from all around the world focused on solving growing issues in logistics.

The center is officially supported by the Government of the State of Minas Gerais, the State of Minas Gerais Research Foundation (FAPEMIG), the Federation of Industries of the State of Minas Gerais (FIEMG), and the Municipality of Contagem. The agreement was made through a public-private partnership (PPP) with an investment of approximately $7.85 million in its first phase, which includes contributions from HyperloopTT, the Secretariat of Economic Development, Science, Technology and Higher Education (SEDECTES), and private investors. In addition, the physical space of 5.4 acres and 43,000 square feet of constructed space has been provided by the Municipality of Contagem.

"The State of Minas Gerais, and the municipality of Contagem in particular, are one of the most significant logistics distribution hubs for Brazil," said Bibop Gresta, chairman of HyperloopTT. "With a strategic geographic position, a high concentration of large industries, and a dedication to innovation, it is an ideal location for HyperloopTT's XO Square."

Meanwhile, State Secretary of SEDECTES, Miguel Corrêa said, "The government of Minas Gerais works towards promoting the state's innovation and entrepreneurship scenario, encouraging young people to become involved in research and technology. Our objective is to connect large companies and startups, generating businesses and smart solutions for different areas. Knowing that Minas Gerais will host HyperloopTT's research center, means that we are contributing with the State's economic growth throughout different paths, such as science, technology and innovation. This choice strengthens and boosts credibility for the actions being developed by the government."

According to Alex de Freita, the mayor of Contagem, the public administration has worked to attract innovation, taking advantage of the city's logistics capacity, in addition to investments of more than R$ 1 billion to be made in urban mobility in the next three years.

An innovative transportation and technology company HyperloopTT, focuses on realising the Hyperloop by creating and licensing technologies through the use of unique, patented technology and an advanced business model of lean collaboration and open innovation. Earlier in 2017, the company also signed a memorandum of understanding with the government of the Indian state of Andhra Pradesh to develop a Hyperloop transportation route between the cities of Amaravati and Vijaywada. The route will reduce a one-hour trip to as little as just six minutes, if successful, and will employ a public private partnership model funded primarily from private sources to fund its construction.

The two-phase plan includes first conducting a feasibility study beginning in October, which is expected to last around six months, and then to follow that up with Phase 2, which will be the actual construction of the Hyperloop itself.