Hamburg is one of the most popular cities in Europe. For middle, northern and eastern Europe the port in the north of Germany is the gate to the world. Situated next to the north and Baltic Sea, Hamburg became very popular as a hub for all goods since the 15th century. Today the port is one of the biggest in Europe 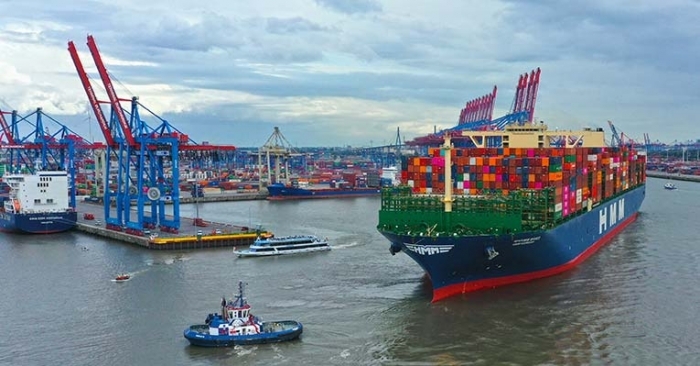 Hamburg is one of the most popular cities in Europe. For middle, northern and eastern Europe the port in the north of Germany is the gate to the world. Situated next to the north and Baltic Sea, Hamburg became very popular as a hub for all goods since the 15th century. Today the port is one of the biggest in Europe.

Ralf Johanning of Port of Hamburg writes about ocean trade between India and Hamburg including challenges, opportunities, export-import mix, the impact of Brexit and more.

In 2019 Germany’s largest universal port has had an excellent result with a seaborne cargo of 136.6 million tonnes. In the face of a slowdown in worldwide trade and trade sanctions, Hamburg gave a good account of itself in a difficult environment. But the negative repercussions of the Covid-19 pandemic are also affecting the throughput trend in Germany’s largest universal port. The Port of Hamburg managed to keep the port open during the first wave of the pandemic. Despite the lockdown, all Ralf Johanning Guest Column terminals continued to operate.

However, several challenges remain, the Covid-19 pandemic being the major one these days. Port of Hamburg does not expect the pandemic to result in massive shifts in production sites. Companies will look at diversifying their supply chains to decrease a possible dependency they have on China. In addition, it is very unlikely that production facilities that cater to the Chinese market will ever move out of China. Currently, India does not have adequate infrastructure to accommodate a large number of additional manufacturing units. The Indian government is addressing this issue and is pushing for reforms and measures that will boost manufacturing in India in the coming three to five years.

New record for container traffic in 2019
Container traffic between India and the port of Hamburg reached a new record level of 323,000 TEUs in 2019, including the transhipment volumes via Sri Lanka. The Indian subcontinent has been one of the Port of Hamburg's most important trading partners for years. India mainly exports grain and plant products as well as metal and chemical products and pharmaceutical products via the port of Hamburg. In the opposite direction, the main imports are paper products, chemicals, iron and steel.

These goods are transported by eight liner services linking India with the port of Hamburg. Of these, three are container liner services, three are ro-ro services and two are general cargo services. Container ships with slot capacities between 6,000-13,000 TEU or multipurpose vessels with capacities of 12,000 to 30,000 tonnes are in service. The transit time between Hamburg and the Indian subcontinent is between two weeks with the west coast and three weeks with the east coast, depending on traffic direction and rotation.

Important inland location for the hinterland
One of the advantages is precisely the inland location that makes the Port of Hamburg so interesting for shippers and forwarders. The closer to the final destinations the goods can be transported by ocean-going vessel, the more economically and ecologically it can be realised. Furthermore, the port of Hamburg is the largest railway port in Europe. Almost half of all trains connecting the four main north-range ports with the hinterland come from or go to Hamburg. This density and reliability of the timetable is Hamburg's unique selling point as the leading railway port in Europe. In 2019, 5.8 million TEU – up by 7.8 percent – and 97.5 million tonnes – up by 0.8 percent – were shifted in seaport hinterland transport by rail, truck and inland waterway.

Especially the markets in North, Central and Eastern Europe are well connected, which makes the port of Hamburg attractive for Indian producers and shippers as well. The Hamburg Representation Mumbai, which represents the interests of the Hanseatic City of Hamburg and other institutions as well as those of the port in India, the interface between the port of Hamburg and the Indian market and serves as the first point of contact for local partners and customers.

“India remains a promising market for Hamburg and Germany. The various introduced fiscal and non-fiscal incentives for enterprises that develop, maintain and operate ports, inland waterways and shipbuilding by the government have been promising for Germany as the largest trading partner within the EU. The Indian maritime industry is an integral part of the country’s trade and commerce. It supports 95 percent of India’s trade by volume and 70 percent by value. Consequently, here lays the great potential for the Port of Hamburg,” said, Peter Deubet, chief representative at Hamburg Representation Mumbai and Dy. Director-General Indo-German Chamber of Commerce.

Well prepared for Brexit
Another challenge is the Brexit in general which will affect trade between the EU and the UK to an extent that we do not know yet. But for clearance in the port of Hamburg, Customs has all the instruments at its disposal in the case of a hard Brexit, in the handling as a third country experienced port. Traditionally the UK is a base for Indian companies such as Tata Motors, Sun Pharmaceutical, and Reliance Industries (RIL) and serves them as a Gateway to Europe. Due to Brexit trade between the UK and the Mainland will become more tedious and complicated. Companies will not be fully prepared with all the documentation requirements. Hence transactions will become more costly and delays are bound to take place. This might lead to some companies deciding to move their facilities outside the UK which could be beneficial to other EU members incl. Germany and the Port of Hamburg. The UK however, might offer special concessions should the respective companies decide to stay. Hence the clear impact of Brexit will only be fully known after six to twelve months of its implementation.