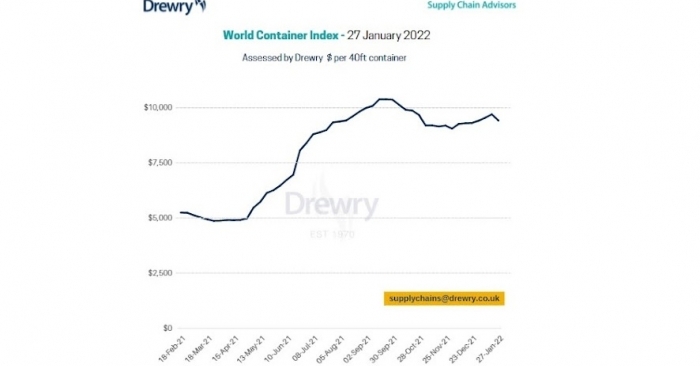 China container volumes up 7% in 2021
Container volumes across Chinese ports increased 7 percent in 2021 to 282.7 million TEUs, S&P Global Platts said in its latest update, quoting data released by the Ministry of Transport.

The increase was due to persistent strength in demand from the U.S., mainly for electronics and pharmaceuticals, the report added.

December traffic was down 4.5 percent month-on-month to 23.1 million TEUs.

Bottlenecks at ports are likely to play a major role in the efficiency and reliability of ocean supply chains for most of 2022, DHL Global Forwarding said earlier this month. The report also mentioned the calculations by Jefferies analyst Randy Giveans that in November 2021, an average of 36.2 percent of total boxship capacity was stuck at ports.

Dominique von Orelli, Global Head, Ocean Freight, DHL Global Forwarding, notes that the supply and demand situation, at least for the first half of the year, will remain similar to last year.