August 19, 2021: Market conditions in the Asia Pacific region were strong, particularly in India, as container volumes recovered by 19.5 percent year on year, global logistics giant DP World said today while announcing its financial results for the six months to June 30, 2021. 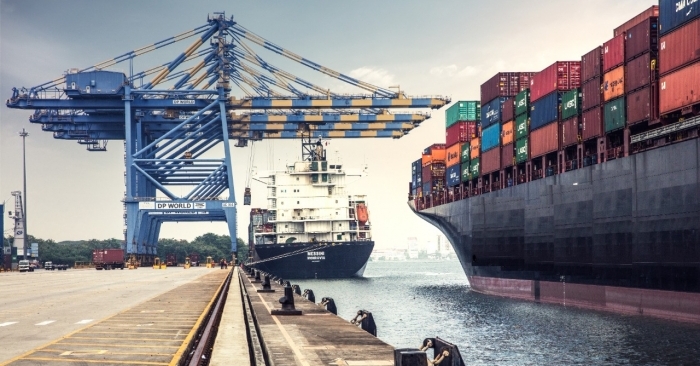 August 19, 2021: Market conditions in the Asia Pacific region were strong, particularly in India, as container volumes recovered by 19.5 percent year on year, global logistics giant DP World said today while announcing its financial results for the six months to June 30, 2021.

“Reported revenue growth of 121.3 percent was aided by the acquisition of KRIL and Unico, while share of profit from equity-accounted investees increased 1.0 percent on a like-for-like basis,” reads the release.

DP World’s capital expenditure in this region during the year was $69 million, mainly focused in Pusan (South Korea) and Mumbai (India).

The company recorded $4.9 billion revenue with a 21 percent growth and $475 million profit attributable to owners with a 51 percent surge across all regions for H1 2021.

“This significant growth once again demonstrates that we are in the right locations and a focus on the origin and destination cargo will continue to deliver the right balance between growth and resilience,“ DP World group chairman and CEO Sultan Ahmed Bin Sulayem, said.

“In recent years we have seen cargo owners respond positively to our integrated end-to-end product offering and we aim to continue with our drive to enable trade. Our recently announced acquisitions of Imperial Logistics and syncreon bring value-add capabilities in high growth verticals and markets, which will allow us to offer a more compelling set of supply chain solutions. By leveraging our best-in-class infrastructure across inland logistics, ports & terminals, economic zones and marine logistics network, DP World aims to lower inefficiencies and provide improved connectivity in fast-growing trade lanes such as Asia, Middle East & Africa,” he added.

DP World has also announced a return to Indonesia to develop and operate an integrated container port and industrial and logistics park in Gresik, Java (Indonesia). The Java region is the key trading hub and generates approximately 60 percent of Indonesia’s GDP. The container market in the region has delivered consistently strong growth and utilisation rates remain high. “The first phase of the greenfield project will add container capacity of 1 million TEU (twenty-foot equivalent units) and 110-hectare industrial & logistics park and is expected to be operational by 2023,” the statement reads.