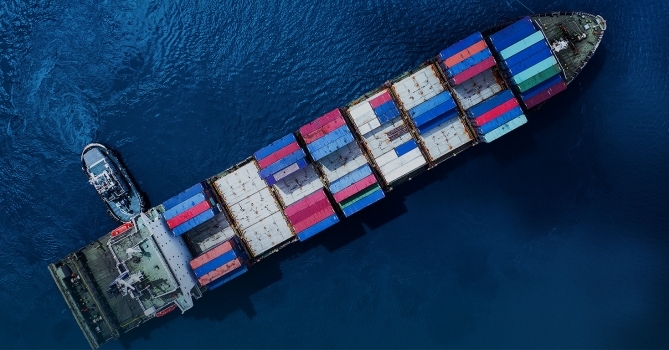 X
The report blames the weaker domestic demand, the cyclical weakening in all the main global economies and escalating trade restrictions.
Our Correspondent20 Dec 2019 1:05 PM GMT

The report blames the weaker domestic demand, the cyclical weakening in all the main global economies and escalating trade restrictions.

Specifically in India, the economic uncertainty, tight liquidity, the decline in global export orders and evolving domestic political scenario also affected the flow of investments and added to currency volatility.

While imports into the country witnessed a subdued growth, the overall fiscal impact was nullified by an identical contraction in exports. The total exports to Africa grew by 11percent led by appliances & kitchenware, vehicles & seeds, beans and cereals & flour and Refrigerated cargo (reefer) exports from India to the Mediterranean region witnessed an increase fuelled by meat, fish and shellfish.

“The trade restrictions have reduced bilateral trade between the United States of America and China, and led to shifts in trade structures, with global importers having shifted sourcing from China to other countries such as Vietnam, Taiwan, Bangladesh and Korea, with Thailand, Mexico and India also showing early signs of being next in line to benefit,” said the release.

China is among the top five import countries for India, however, imports have declined. India is looking for greater access to the Chinese market as it seeks to arrest the fall in farm commodity exports. Private companies from India and China signed more than 120 MoUs for export of various products from India, including sugar, chemicals, fish, plastics, pharmaceuticals and fertilisers. However, India has been cautious when it came to the Regional Comprehensive Economic Partnership (RECP) unless a deal was offered which would help protect the interests of local businesses and avoid flooding goods from China into the Indian market through third countries.

Steve Felder, managing director, Maersk South Asia, said “The current slowdown witnessed in the last two quarters can be accredited to tight liquidity and working capital, weaker domestic consumption patterns and slower global growth. As the global economy continues to face challenges, and trade tensions between major economies ensue, many leading global importers have begun exploring trade alternatives to China. The USA has emerged as a strong trade partner with India showing growth in exports as well as imports. India boosted its 'Ease of Doing Business' in World Bank’s 2020 rankings. This provides a huge opportunity to entice multinationals and global investors to grow their trade with India."

“The Government has ambitious goals of reaching to a USD 5 trillion economy. To achieve this, there has to be a focused approach in implementing reforms and measure to drastically improve the landside infrastructure to boost logistics further and adopt digitalisation as rapidly as possible. This will help catalyse the export growth, supported by robust policy reform. In its second term, the Government has a strong focus on procuring FDI inflows, structuring policy reforms and facilitating infrastructure development. Furthermore, an impetus on increasing industrial manufacturing while easing corporate tax structures will further prove to be an advantage to the Indian economy,” he added.

The apparel exports are facing threats like USA-China trade tension, Brexit uncertainty and almost flat in major EU economies which could slow down the pace. Though India’s apparel exports have revived during the current financial year, exports aim to grow by 4 percent Y-o-Y during 2020 after two consecutive years of contraction. India’s textile & apparel industry is facing strong headwinds as key competitors such as Pakistan, Bangladesh and Vietnam are given preferred access in Northern Europe, India’s biggest textile market.

• Paper and metal scrap continue to be top trade commodities. India serves as one of the growing countries for USA and EU recyclers looking for export markets, specifically for nonferrous and paper scrap.

• India’s import activity in Q3 2019 increased due to price incentive caused by the declining value of mixed paper and some old corrugated container (OCC) grades on the global market, prompted by China’s stricter standards for recovered fibre imports. The Indian metal recycling industry is set to register an annual growth of 11%.

• China’s domestic protein production is down by 5% in 2019, influencing the demand for imports, making it one of the primary reasons why India has seen export growth to China as far as seafood and other refrigerated (Reefer) products are concerned.