Containers are moving in and out of China at record speeds as shippers desperately source capacity but port congestion in Europe and the US continues to slow the return of boxes to Asia and is hurting the recovery of the global ocean supply chain. 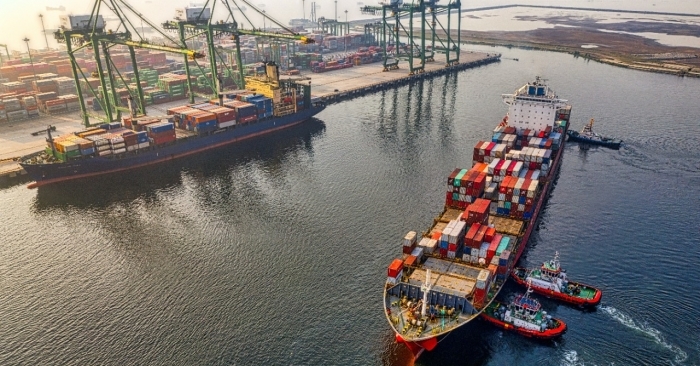 January 11, 2022: Containers are moving in and out of China at record speeds as shippers desperately source capacity but port congestion in Europe and the US continues to slow the return of boxes to Asia and is hurting the recovery of the global ocean supply chain.

The average median time containers spent in Chinese depots dropped to just five days, down from 61 days in 2020, according to a joint report by Container xChange and applied research organisation Fraunhofer–CML.

Dr. Johannes Schlingmeier, co-founder and CEO, Container xChange, says: “Once containers reach Asia, they are being redeployed at record speeds. However, the mismatch between supply and demand at many origin ports, including China, means it is hard for US and European importers to always secure boxes unless they have planned ahead or are working closely with their box supplier, forwarder or container line to ensure they have both a vessel slot and a container available in advance.”

The worst performing countries in terms of the average median time containers spent in depots in 2021 were the U.S. and the U.K which suffered average dwell times of 50 and 51 days, respectively.

Freight rates continue to be high
Container shipping-rate assessments for North Asia-to-North America routes held steady in the first week of 2022 to January 7 as General Rates Increases (GRIs) implemented by some shipping lines w.e.f January 1 matched those from other carriers in late December, S&P Global Platts said in its latest update.

"Momentum in the spot market remained firmly to the upside amid strong demand in the run-up to Lunar New Year in East Asia beginning Feb. 1, with rate reductions thereafter appearing unlikely as widespread cancellations of trans-Pacific sailings are expected to leave a huge backlog of cargo to loaded in the months ahead."

Most trans-Pacific eastbound bookings also included premium services fees of $5,000-$10,000/FEU or even up to $15,000/FEU for the most urgent bookings of around 50 containers at a time.

The new queuing process for container vessels has now been expanded to the Port of Oakland following success at LA/LB ports.

"Container vessels will receive an assignment in the arrival queue based on their departure time from their last port of call, and wait outside a new Safety and Air Quality Area 50 miles off the Northern California coast until their appointed arrival time. The previous system placed container vessels into the arrival queue based on when they crossed a line 80 nautical miles from the coast," says a statement from Pacific Merchant Shipping Association.