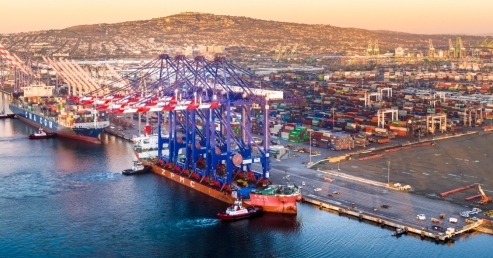 While the stake was held by EQT Infrastructure III, CMA held the remaining 10% stake in the terminal, according to an official statement from CMA CGM.

FMS is the third-largest terminal in the Los Angeles/Long Beach port area in terms of capacity (around 2.5 million TEU) and one of the largest in North America. The terminal also benefits from a long-term concession agreement (through 2043).

"The swift recovery of the global economy has demonstrated the importance of ports and logistics infrastructure," Rodolphe Saadé, chairman and CEO, CMA CGM Group, said. "In order to manage efficiently our port operations on the West Coast of the United States, we have decided to acquire Fenix Marine Services. Fenix Marine Services is one of the largest terminals in this country and one of its most strategic gateways. It is a key industrial facility which will significantly strengthen our position and support our rapid growth in this market.”

The statement said the FMS terminal has a strategic deep-water location and boasts first-class infrastructure:

A CMA CGM liquefied natural gas-powered, 15,000 TEU ship, to be deployed on routes between Asia and the United States, is likely to make the first call at the port in early 2022.

The group currently has investments in 49 port terminals in 27 countries through its two subsidiaries CMA Terminals and Terminal Link (joint venture).

Stepping up its strategic development in inland logistics, CMA CGM had earlier this year acquired Continental Rail, one of the leading private rail operators in Spain for an equity value of Euro 25 million.

CMA CGM had reported strong operating performance in Q22021 by reporting a 77 percent increase in revenue to $12.4 billion. The group transported 5.7 million TEUs in the second quarter of 2021, an increase of 19% over Q22020 but revenue zoomed 89 percent to $10 billion on increased unit revenue.

Maersk, the world’s No 1 container carrier, had announced the acquisition of German freight forwarder Senator International for an enterprise value of $644 million.

Maersk had reported a 68 percent increase in Q3 revenue to $16.6 billion while EBIT was up almost five times to $ 5.9 billion on high freight rates in an exceptional market situation.