October 16, 2020: Bengaluru International Airport, which has an overall cargo capacity of 5,70,000 metric tonnes per year is looking to significantly increase its capacity. “We will be ramping it up to a million metric tonnes in few years, said Satyaki Raghunath, chief strategy & development officer, BIAL. 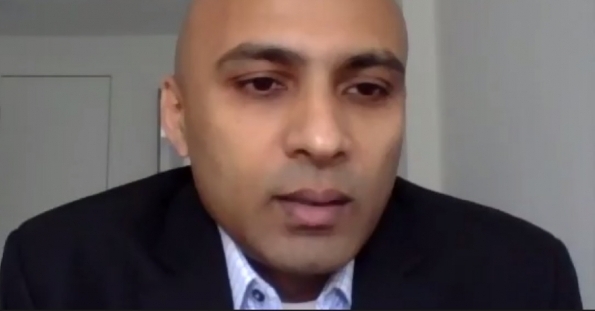 October 16, 2020: Bengaluru International Airport, which has an overall cargo capacity of 5,70,000 metric tonnes per year is looking to significantly increase its capacity. “We will be ramping it up to a million metric tonnes in few years, said Satyaki Raghunath, chief strategy & development officer, BIAL.

He was talking during a webinar organised by the Indian Transport & Logistics News on the future perishable supply chain and the role of air cargo in particular. He also noted that Covid-19 has brought the limelight back to the air cargo along with the importance of moving freight and all stakeholders contributed to it.

Agri exports from Karnataka
Karnataka ranks first, second and third in India for most important agri commodities. It ranks first for coffee, gherkins, rose, silk, capsicum, green chilli, tamarind and sunflower. It ranks second for pomegranate, maize, cut flowers, cloves, tomato, grapes and pepper. It ranks third for mango, onion, dry chillies, cardamom and sugarcane. It has 46 geographical indicators, one of the top producers of cashews and handles 75 percent of India’s total flower production. Karnataka is the only producer of rose onion and has the second-largest milk producing cooperative.

Manoj Rajan, IFS, special secretary, government of Karnataka (Food Processing & Harvest Technology), said, “The government of Karnataka is opening an intelligence cell for agri exports. The cell will identify products which are exportable, to which countries they are exportable, price signals, certifications and statutory requirements. Karnataka will give emphasis to six main commodities namely rose onions, pomegranates, coffee, turmeric, black pepper and gherkins.”

“Capacity building and integrated supply chain are in our radar. Karnataka is coming out with a warehouse very close to the Bengaluru International Airport at Pujanahalli with pre-cooling cold storage facilities for banana, mango and vegetables in next few months,” he added.

"Bengaluru being centrally located in the South with better infrastructure and seamless processes, we’ve seen substantial loads coming in from all catchment ports. Special attention and handling are provided for all such movement by engaging/coordinating with all stakeholders such as airlines/forwarders and trucking companies to ensure a better dwell time. Our well-trained operations team will ensure that all SOPs are in compliance according to IATA and airline standards. Being one of the key stakeholders at BLR Airport, AISATS will collaboratively work with Airport/Trade Supply Chain Ecosystems that are being developed,” he explained.