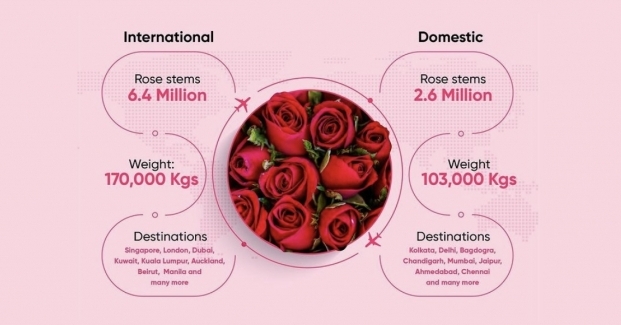 Bengaluru Airport has become an important transportation hub for perishables produced in Karnataka and nearby states. For example, the airport processed 180,745 kg pomegranates from April to August 2020, to emerge as the leading airport for pomegranate exports from India.

With an overall cargo capacity of 5,70,000 metric tonnes per year, the airport also is looking to increase its capacity to a million metric tonnes in few years, as informed by Satyaki Raghunath, chief strategy & development officer, BIAL.

“Karnataka ranks first, second and third in India for most important agri commodities. It ranks first for coffee, gherkins, rose, silk, capsicum, green chilli, tamarind and sunflower. It ranks second for pomegranate, maize, cut flowers, cloves, tomato, grapes and pepper. It ranks third for mango, onion, dry chillies, cardamom and sugarcane. It has 46 geographical indicators, one of the top producers of cashews and handles 75 percent of India’s total flower production. Karnataka is the only producer of rose onion and has the second-largest milk producing cooperative,” he said.