The Port of Los Angeles will now be operating 24 hours a day, 7 days a week. This follows the Port of Long Beach's commitment to 24/7 announced some time ago. 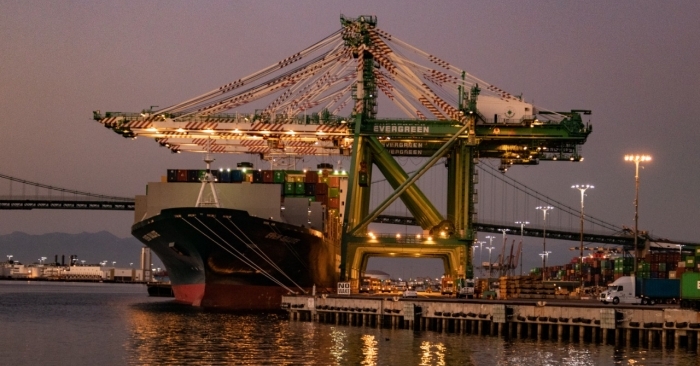 October 14, 2021: The Port of Los Angeles will now be operating 24 hours a day, 7 days a week. This follows the Port of Long Beach's commitment to 24/7 announced some time ago.

"Twenty-four/seven system — what most of the leading countries in the world already operate on now, except us, until now," U.S President Joe Biden said in a briefing yesterday.

Traditionally, American ports have only been open during the week — Monday through Friday. "And they're generally closed down at nights and on weekends. By staying open seven days a week, through the night and on the weekends, the Port of Los Angeles will open — over 60 extra hours a week it will be open. In total, that will almost double the number of hours that the port is open for business from earlier this year," Biden said.

The ports of Los Angeles and Long Beach together handle around 40 percent of U.S. container imports.

Walmart, the nation's largest retailer, has agreed to increase the use of off-peak hours to move products by 50 percent over the next several weeks, according to the fact sheet issued by the White House.

"FedEx and UPS, two of our nation's biggest freight movers, are committing today to significantly increase the amount of goods they are moving at night. FedEx and UPS are the shippers for some of our nation's largest stores but they also ship for tens of thousands of small businesses all across America. Their commitment to go all in on 24/7 operations means that businesses of all sizes will get their goods on shelves faster and more reliably," Biden said.

Target, Home Depot, and Samsung have also committed to ramp up activities to utilise off-peak hours at the ports.

Across these six companies over 3,500 additional containers per week will move at night through the end of the year, according to the Fact Sheet issued by the White House.

There were 57 ships waiting to berth at the Los Angeles-Long Beach port complex or drifting nearby on October 13, up from 46 ships during China's October 1-8 Golden Week holiday break, S&P Platts reported.

"The inability of shipping lines to return empty containers from import countries to exporters in Asia fast enough to meet demand has fueled a surge since last year in container spot rates. Platts Container Rate 13 — North Asia to West Coast North America — was assessed at $8,950/FEU October 13, a 139% surge from the same date a year ago," the report added.

Biden also spoke about the proposed infrastructure bill and the Build Back Better Act. "These bills would transform our ports — there's millions, billions of dollars for ports, highways, rail systems that sorely need upgrading, and would bring products faster and more efficiently from the factories, to the store, to your house."

Meanwhile, the British Ports Association said most UK ports are busy but operating normally. "Container ports around the world are dealing with backlogs in containers, originally stemming from the post Covid-19 lockdowns when we saw surges in activities and pressures on cargo storage. Getting empty containers back to Asia and other locations has been challenging but the shipping industry is doing its best to meet global demands. This has been a real issue in North America and continental Europe," the statement said.

The association said lack of haulage has affected "some freight not being collected as rapidly as it would normally. The situation is impacting all types of ports, not just container terminals. It has resulted in some further delays for a range of ports, and terminal operations are working with their customers to get these goods out of their ports to avoid further congestion."