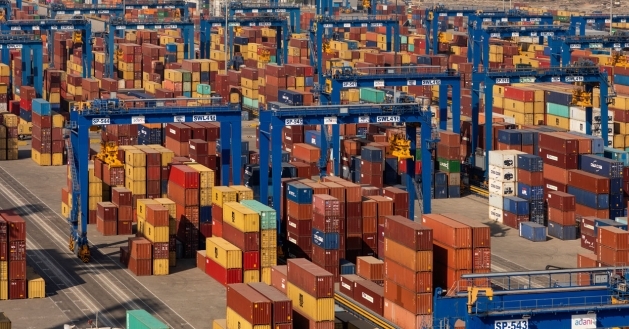 X
APSEZ acquired Krishnapatnam Port in October 2020, which is now consolidated; hence the financial numbers of Q3 FY21 are not comparable to Q3 FY20.
Our Correspondent12 Feb 2021 7:14 AM GMT

APSEZ acquired Krishnapatnam Port in October 2020, which is now consolidated, hence the financial numbers of Q3 FY21 are not comparable to Q3 FY20. In Q3 FY21, Krishnapatnam Port handled a cargo volume of 10 MMT. Revenue and EBIDTA in Q3 FY21 was ₹473 cr. and ₹336 cr. with an EBIDTA margin of 71 percent.

Operational highlights Q3 FY21 (Y o Y)
• Ports across all three regions registered strong growth western ports grew by 25 percent and eastern ports grew by 10 percent.
• Mundra port registered a growth of 25 percent during the quarter led by container and liquid cargo including crude. While container grew by 38 percent, liquid cargo including crude grew by 22 percent.
• Mundra port continues to be the largest container handling port in India for the third consecutive quarters and has handled 1.59 Mn TEUs during the quarter.
• Mundra port handled 213,000 MT of LPG and 567,000 MT of LNG, which is a growth of 50 percent and 10 percent respectively over Q2 FY21.
• Other western ports of Dahej and Hazira grew by 29 percent and 14 percent respectively while Dhamra port on the east coast registered a growth of 10 percent.
• Five new container services were added, two at Mundra, two services at Hazira, and one at Kattupalli. The incremental container volume on account of these additional services will be approximately 340,000 TEUs on an annual basis.
• Our logistics operations remain resilient. In Q3 FY21 it handled rail volume of 81,061 TEUs vs 89,433 TEUs in Q3 FY20.

Karan Adani, chief executive officer and whole-time director of APSEZ said, “At KPCL, which was acquired in October, we have improved the EBIDTA margin from 55 percent to 71 percent. APSEZ is well on course to achieve 500 MMT of cargo throughput by FY25. APSEZ will be investing in the logistics and warehousing business with increased investment in tracks, rakes as well as land for developing multimodal logistics parks and warehousing facility.”

“Our businesses and future investments are aligned to sustainable growth with a focus on preserving the environment. We continuously recognize and sponsor more sustainable options in an effort to manage and reduce the effect on the environment. Our environmental footprint strategy seeks to address greenhouse gas emissions and waste throughout the entire operation as we strive to continually strengthen our environmental practices and become carbon neutral by 2025,” he added.