December 10, 2020: Keku Bomi Gazder, chief executive officer, AAI Cargo Logistics and Allied Services Company, informed that it will open 7-8 airport cargo terminals across the county in next three months and will soon have one in the Pune Airport as well. 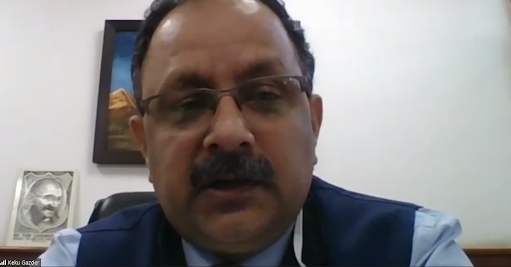 X
He was responding to a comment by Roland Weil, VP, Sales Cargo, Frankfurt Airport, on his wish to see a direct international cargo flight from AAI controlled Pune Airport to Frankfurt
Libin Chacko Kurian10 Dec 2020 6:44 AM GMT

December 10, 2020: Keku Bomi Gazder, chief executive officer, AAI Cargo Logistics and Allied Services Company (AAICLAS), informed that it will open 7 to 8 airport cargo terminals across the county in next three months and will soon have one in the Pune Airport as well.

He was responding to a comment by Roland Weil, VP, sales cargo, Frankfurt Airport, on his wish to see a direct international cargo flight from AAI controlled Pune Airport to Frankfurt, during the Global Auto SCM Virtual Summit 2020 organised by the Indian Transport & Logistics News (itln.in).

Presented by Frankfurt Airport, the five edition of the event was a virtual summit due to restrictions on gatherings.

“We will be making an integrated cargo terminal at Pune. Cargo is accepted and moved from Pune Airport although it is completely domestic. But as we move forward we would like to make international services happen. If I take this question to a pan India level, AAI will be opening 7-8 terminals in various airports across the country in next three months,” said Keku Gazder.

“There is a surge in inbound cargo to our terminals. For example, we are getting huge freighter loads of cargo coming into Chennai, especially automotive. We want to grow this in a more structured way. Soon automotive will have to fight with pharma for the airfreight space. This is not going to be either-or, but it will be and. We are not going to sacrifice one for the other. As much is a lifesaving activity for the government as well as a moral responsibility for all of us, it is also important that the wheels of commerce continue to move,” he added.

"Faster the information coming from #automotive #manufacturers and #forwarders about the products, the faster we will be able to ready our terminals, allocate resources and manpower," said, @KekuGazder, CEO, @AAICLAS_in #autoscm #automovitesupplychain #autoscm2020 @Airport_FRA pic.twitter.com/6mFKCNhj76

Sanjiv Gupta, chief executive officer, SpiceXpress, said, “Automotive is an important vertical for us which accounts for 10 percent of volumes and much more in value. We will be re-establishing out twice-a-week Frankfurt operations in next 4-5 days because we were bringing a lot of automotive goods from Germany to Mumbai.”

“We have been to the USA three times last month and will fly again from January. Even before the passenger comes back we have to bring the belly or capacity back. We have added three wide-body preighters and we are adding three more by mid-January. So we will have six wide-body aircraft for international operations,” he added.

Regarding the cargo operations for the automotive industry, he said, “We have started twice-a-week freighter services from South Korea to Chennai, particularly for the auto industry. We started a daily service to Pune from Delhi with our Bombardier Q400 aircraft due to the demand from the automotive industry. Now there is a demand to increase that demand. We will do that because small capacities in high frequencies are what works for us.”

“We are not waiting for the passenger traffic to come back to build capacity. SpiceXpress is committed to providing capacity for automobile industry both domestically and internationally with respect to the new trends including the electric vehicles, he continued.