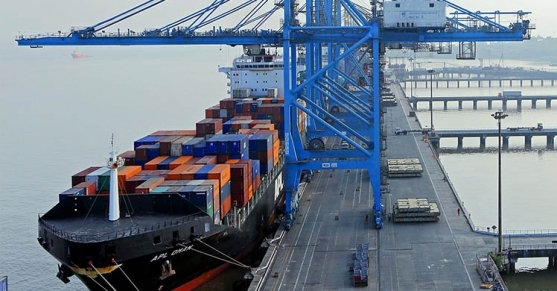 In July this year, the ministry of ports, shipping and waterways had approved the privatisation of the container terminal.

JNPCT is the only container handling facility operated by a government-owned port authority across the 12 state-owned major ports in India.

DP World already operates two terminals in JNPT while APM Terminals operates one. For APSEZ, this could be an opportunity to gain a presence in JNPT after it lost out to Singapore’s PSA International in a tender for a terminal earlier.

JNPCT is among the seven operational cargo berths run by government-owned major ports that will be privatised in fiscal year 2021-22 through the public-private-partnership (PPP) route, as the ports move from a ‘trustee’ set-up to an ‘authority’ model of governance under a new law passed by Parliament in February.

Shipping assets worth ₹12,828 crore will be monetised over the next four years under the ₹6 lakh crore National Monetisation Pipeline (NMP) announced in August this year by union finance minister Nirmala Sitharaman.

The shipping assets monetisation pipeline projects is being implemented by Ministry of Ports, Shipping and Waterways and potential models would be public private partnership (PPP).

According to the NMP the assets considered for monetisation are spread across 9 of the 12 major ports. "During the NMP period of FY22-25, monetisation value of ₹12,828 crore has been considered on account of estimated capex towards identified 31 projects," it said.