Home > Logistics > FROM MAGAZINE: Where is the logistics workforce?
Logistics

FROM MAGAZINE: Where is the logistics workforce? 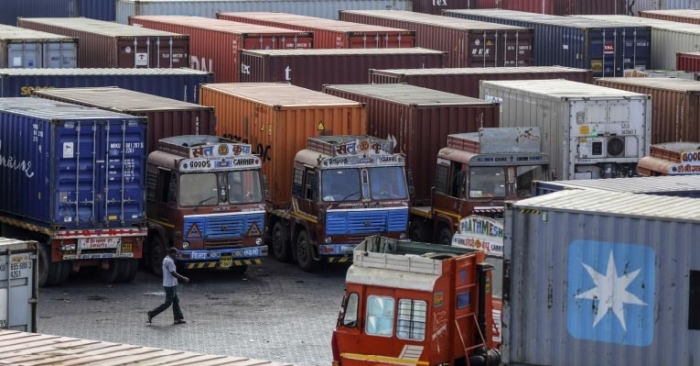 Despotic arrangements at the Indian state borders and growing stigma around the unsavoury Covid-19 mess are punishing logistics operations, which are one of the most labour intensive services, by robbing their workforce and establishing logistics operational saturation. The Indian economy is wrestling with structural reforms and prompting the supply chain to fix the demand overkill, but where is the workforce?

A fleet of reefer trucks carrying vital pharmaceutical supplies from Hyderabad to Mumbai’s Jawaharlal Nehru Port (JNPT) was confronted at the state border for paper and token examination. Notwithstanding the sanctioned paperwork for the supplies, authorities at the checkpoint, under the pretence of additional scrutiny, held the trucks. The drivers of the fleet remained stranded at the border with no provision for food, water, or access to grocery stores for almost 4 days, until the half-starved drivers abandoned their trailers and left for their natives. Sheetal Parivahan, the company that owns the fleet, had to send in a delegation to retrieve its trucks. Apparently hundreds of trucks are found stuck at the borders of Andra Pradesh and Telangana where drivers remain stranded and exposed to similar conditions.

This disheartening reality of migrant workers that are being forced to abandon their livelihoods and retreat to their natives is rapidly disassembling trade functions and forging cracks in supply chain operations. The nationwide lockdown, which has been put in place to alleviate the virus impacts, is causing extreme distress among the people who serve the transport and logistics sector by shredding the workforce and greatly slowing down the supply chain reaction to the current crisis.

It is a thankless job
At Silvassa, many trucks are forced to remain stranded and drivers are not allowed to move their trucks around or out. Any insistence to the authorities by the drivers results in abuse and harassment by the police. Local grocers are forbidden from serving the drivers due to the threat of contagion, and there are no resources made available by the officials to support the stranded drivers. Finding his drivers stuck in this brutal environment, Vikram Khurana, director at Sheetal Parivahan, approached Rajaram Krishnamurthy who is the vice president with BharatBenz trucks and together promptly arranged supplies of food and other essentials for them.

“There are cases where the drivers are being unlawfully prohibited to leave their villages to get to the nearest national highway to perform their services and move the essential supplies. Despite of being essential service providers, drivers are being subjected to the threat of social ostracism.” explained Khurana.

The news of migrant workers crowding the railway stations and bus depots is all over the place and due to inadequate transportation services for their retreat, many have resorted to walking home. Through this very yarn of the stranded labour community, the fabric of transport and logistics workforce is weaved. “These labourers and drivers, most of them migrants from UP, Bihar, Punjab, Gujarat and Rajasthan, won’t return soon. Fearing the conditions, most drivers have left the trailers at various locations across India for good and all. There will be an acute dearth of drivers and conductors going ahead, and the new drivers may consider switching to other options for their wage. ” Khurana warned.

Airlines, shipping companies, rail freight transport all considerably depend on the trucking services like Khurana’s and the growing protracted shortage of the drivers and conductors will have a serious impact on the supply chain and according to Khurana: “This will have an unfavourable impact on the country’s economy, effects of which are already being felt.”

Betting on automation
As manufacturing in India is resuming its operations in phases, warehousing sector is recording a further peak in the demand activity. And before the warehousing sector starts serving the needs of the demand peak, it has its own needs that need serving like security and upkeep of the facilities and daily operations performed by the ground level staff. Automation is not Indian warehousing’s strong suit and the sector remains mostly a labour intensive business.

“Availability of skilled technicians and security personnel to ensure basic operations of the (Embassy Industrial) park has become a concern in the current scenario. Non- availability of labourers is making developers to get new labours at higher wages.” disclosed Aditya Virwani, CEO at Embassy Industrial Parks.

As businesses open in phases and the lockdown restrictions see some degree of relaxation, more migrant workers are expected to retreat to their natives and this will further impact the turnaround time at warehouses. However, Virwani aligned this consequence with a general trend among workers and opined that “During kharif crop season, migrant workers go back to their native for agriculture.” He added, ”Overall 6 months delay can be expected for things to go back to how things were pre-covid. Prioritising projects based on availability of labour will be essential.”

As workforce continues to shrink, causing short-and long-term damages to the supply chain turnaround time, a greater focus and renewed attention will be placed upon the benefits of automation as “Automation infrastructure in this regard can play a huge role to service the demand. Whether it is maximising storage, doubling the throughput, product retrieval, reducing the logistics cost or optimising material flow or rotating products. Many warehousing firms will bolster operations by adding machines for time being. The pandemic has caused more demand for e-com products and services, thus paving the way for greater automation in the warehouses.” Virwani explained.

The diminishing workforce is affecting logistics services quite erratically. At one end, automation is being deemed as a boon to turn the tide of the pandemic and on the other, the prospect of carrying out operations using autonomous trucks seems economical unviable and preposterous given the current economic conditions and country’s infrastructure. As the pandemic deepens economic inequality, migrant labours’ response to it is causing technological disparity in the supply chain.

Coming to now, the Modi government has devised an economic package for migrant workers. However, it is seemingly credit-focused and long-termed, which doesn’t involve immediate cash relief for the labourers to stick around and continue their services or explore ways to participate in transport and logistics operations and assist in recovering the speed of supply chain.

This story was originally published in Indian Transport & Logistics News' May - June 2020 issue.