Welspun One Logistics Parks (WOLP), a pan-India integrated fund, development, and asset management platform backed by the $2.7 billion Welspun Group; forays into North India with the acquisition of two strategically located land parcels spread across Lucknow in Uttar Pradesh and Farukhnagar in Haryana. 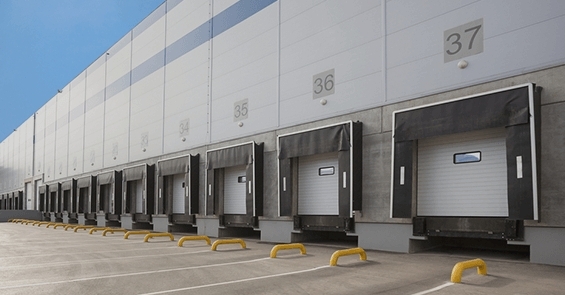 The development that entails a cost of ₹180 crore will be executed under Welspun One’s first Alternate Investment Fund (AIF) product “Welspun One Logistics Parks Fund I”, launched earlier this year. With a gross leasable area aggregating to approximately 8 lakh sq. ft., the projects shall be rented to blue-chip tenants from sectors such as e-commerce, 3PL, and FMCG / FMCD, among others.

B.K. Goenka, chairman, Welspun Group, mentions, “The demand for Grade-A warehousing multiplied amidst the pandemic, and as we move forward, it is only expected to mature further, in a big way. With the acquisition of land in Lucknow and Farukhnagar, not only are we offering warehousing facilities designed as per customer needs and in line with global standards, but these developments also mark an important milestone for the local communities as the parks have the potential to create employment opportunities for over 1500 people approximately across Northern India.”

Anshul Singhal, managing director, Welspun One Logistics Parks, said, “A recent advancement is the emergence of Tier II & III cities as the new engines of warehousing demand, in the backdrop of online shopping through improved internet penetration supported by income growth and aspirational spend patterns witnessed in the hinterlands. We are thus keen on expanding our footprint across India, including the non-metro markets and being the first institutional Grade-A warehousing player in Lucknow makes it even more exhilarating.” He added, “Further, to fortify our aim of becoming one of the most preferred warehousing companies in the country, we shall also focus on building conversation with local players alongside whom we can source land and build first-rate facilities.”

Located strategically at the centre of the state, Lucknow is an emerging attractive warehousing market in Uttar Pradesh. In addition to being prime consumption hubs, Lucknow and Kanpur are also home to many industries, including electronic equipment, consumer durables, and FMCG. As a result, the market is experiencing a large and growing demand-supply gap, especially for “Grade A”. With an intent to address this shortcoming, Welspun One is the first institutional platform venturing into Lucknow. Their upcoming development located off the Lucknow-Kanpur highway will arm them to better service the population of Kanpur, Agra, Jhansi, Rae Bareily, Varanasi, Faizabad, and Prayagraj besides the residents of Lucknow. To expedite construction, WOLP has already acquired the necessary estate from a prominent warehousing developer - PlusNineOne, led by Yash Malhotra. Through this association, Mr. Malhotra - who knows the pulse of Lucknow, shall continue to be an integral part of Welspun One’s expansion plan across this region.

Meanwhile, WOLP’s other proposed project in Farukhnagar, Haryana, is one of the few sites in this established warehousing hub providing an independent and dedicated campus to an occupier while being easily accessible to State Highway 15A. Over the past few years, Farukhnagar has emerged as one of the most sought-after destinations for companies looking at consolidating their warehousing operations and is, therefore, one of the fastest-growing warehousing micro-market of Delhi (NCR). Further, proximity to prominent trade centres, easy access to Delhi-Jaipur Highway and connectivity to the Indira Gandhi International Airport coupled with Haryana’s industry-friendly policies make it one of the most favourable and convenient destinations for setting up a modern warehousing and industrial park.

Both the above acquisition deals were advised by Emerald Law Offices, spearheaded by Sachit Mathur and Ajay Bhadu. Welspun One’s endeavour is to offer high-impact sustainable Grade-A warehousing solutions that incorporate green infrastructure, industry-leading technology and ecosystem-based approaches. Thereby, engendering the tangible economic and social benefits in the North.