September 26, 2019: The HMM BMCT-TKD Express, the first block train with a weekly schedule to Tughlakabad (TKD), was flagged off from PSA’s Bharat Mumbai Container Terminals (BMCT) on Wednesday, September 25. 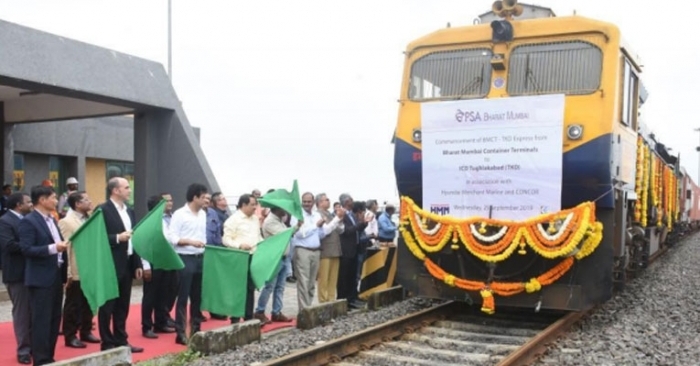 September 26, 2019: The HMM BMCT-TKD Express, the first block train with a weekly schedule to Tughlakabad (TKD), was flagged off from PSA’s Bharat Mumbai Container Terminals (BMCT) on Wednesday, September 25. The blocktrain will be operated by Container Corporation of India Ltd (CONCOR).

The 90 TEU HMM BMCT-TKD Express will speed up the intermodal connection to the NCR. Train departures are matched to HMM’s China India Express service (CIX) vessel arrivals to reduce transit times, allowing CIX import customers in the NCR the quickest transits in the market. 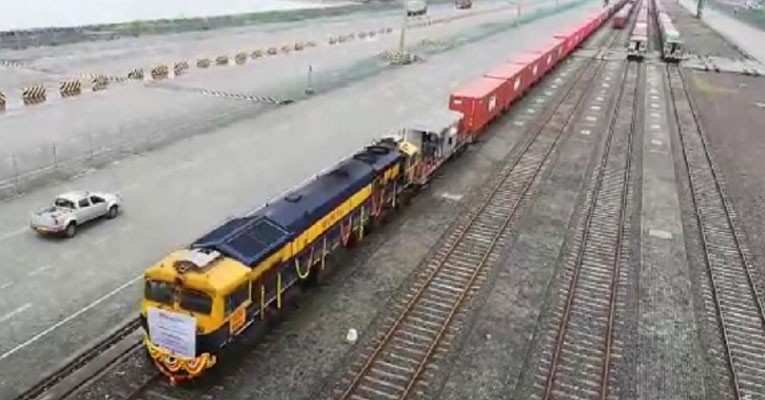 “I congratulate HMM, CONCOR and BMCT on this block train initiative, which reduces transit times and increases competitiveness. JNPT handled its highest ever rail throughput of 70,398 in August 2019, with the rail share of JNPT’s total volume rising to 16.2 percent. JNPT and all stakeholders are collaborating closely to build on this progress and continue the modal shift to rail," said Sethi.

According to independent data from the Logistics Data Bank, total rail transit times
(including dwell time) from JPNT to the National Capital Region (NCR) are already the shortest amongst the participating west coast ports of India, by an average of 72 hours for the first 8 months of 2019.

HJ Sung, managing director, HMM India said, “We are delighted that this value-added weekly service has been inaugurated from BMCT. HMM’s customers will now enjoy even quicker connections from the vessel to hinterland, an important aspect of end-to-end connection. We look forward to working with PSA India and CONCOR on more of such initiatives.”

Tughlakabad is a key Inland Container Depot (ICD) serving the NCR of India.

Mike Formoso, managing director, PSA India said, “We are very grateful to HMM and CONCOR for partnering with us on this and we are working hard to develop more products through PSA India’s Cargo Solutions team. BMCT’s railyard is already capable of handling 1.5km long / 360TEU Dedicated Freight Corridor (DFC) trains. We eagerly await the DFC’s completion, which will be a game changer for the market."

He further added, “Like JNPT, BMCT enjoyed a record month for rail volumes in August 2019. The resolution of the Inter Terminal Rail Handling Operation (ITRHO) agreement by JNPT is certainly a factor in not only higher volumes but also increased competitiveness through improved rail connectivity at JNPT. PSA India intends to continue to play a key role in contributing to JNPT’s attractiveness as a port of call.”