Vistara gets its seventh Airbus A320neo 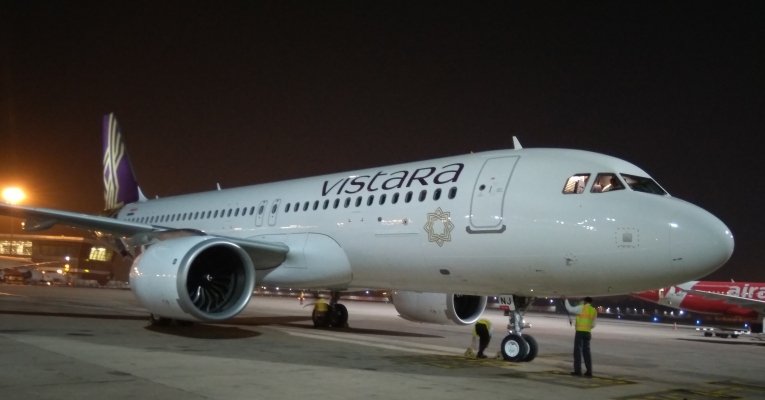 April 4, 2018: Vistara, India’s finest full service carrier has received its 20th aircraft and its seventh Airbus A320neo powered by CFM engines. The aircraft landed at Indira Gandhi International Airport recently. With this addition to its fleet, Vistara completes its initial aircraft order as planned. Vistara will use the new aircraft to increase frequencies on existing routes to scale up operations in the domestic market, while gearing up to start international operations soon.

In addition to its initial order of 20 aircraft, Vistara had placed an order of two more A320neo aircraft that are expected to be delivered by June 2018 and will enable the airline’s international operations.

Leslie Thng, CEO, Vistara, said, “This is not just another addition to our fleet, but a landmark one that signals Vistara’s arrival on the global map and marks the beginning of our next phase of growth. What Vistara has achieved in three years is nothing less than phenomenal, and we’re confident that our distinctive approach to the business will continue to set new benchmarks for the industry.”

Vistara’s new aircraft comes in its unique cabin configuration of 158 seats (8 Business Class, 24 Premium Economy and 126 Economy Class) as well as other industry-first features that come in its A320 neo, also known as #NotJustAnotherNeo.

In a short span of three years, Vistara has flown over 8.5 million customers, and today serves 22 destinations with over 730 flights a week.