July 24, 2020: Virgin Hyperloop announced the appointment of Raja Narayanan as its chief financial officer. Raja will oversee all finance and business development functions for Virgin Hyperloop as the company drives hyperloop technology towards commercialization. 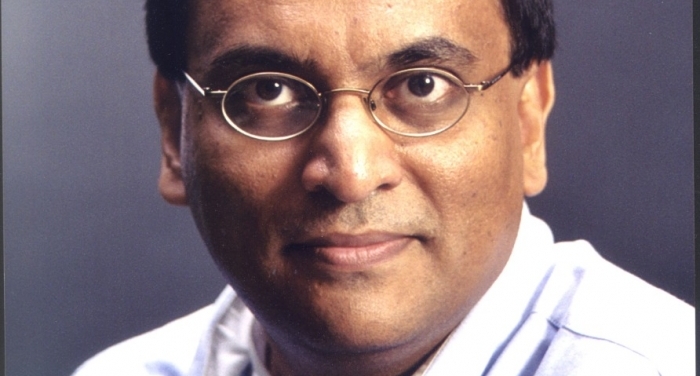 July 24, 2020: Virgin Hyperloop announced the appointment of Raja Narayanan as its chief financial officer. Raja will oversee all finance and business development functions for Virgin Hyperloop as the company drives hyperloop technology towards commercialization.

Jay Walder, CEO of Virgin Hyperloop, said, “Raja has an unprecedented background in creating value in disruptive transportation opportunities and operationalizing large scale industrial projects. We are excited to have him join Virgin Hyperloop at this pivotal time where the world is adapting to the new normal and realizing we need solutions like hyperloop that allow us to not just rebuild, but evolve.”

Raja Narayanan, CFO of Virgin Hyperloop, said, “I have built my career around things that fly and things that move. For the next chapter, I am excited to be joining Virgin Hyperloop, the company truly pioneering the future of autonomous mass transit. I am convinced in the value of hyperloop to unlock exponential growth and impact millions in generations to come by creating a safe, sustainable mode of transportation.”

Raja Narayanan’s career
Before joining Virgin Hyperloop, Raja was most recently an SVP at Hyundai-Aptiv Autonomous Driving Joint Venture, focused on commercializing L4 autonomous driving technology. He was part of a broader executive team at Aptiv that led to the creation of the joint venture (JV) valued at $4 billion. At the JV, he was responsible for developing, nurturing, and maintaining a broad swath of partnerships which included maximizing commercial value into the program ecosystem.

Prior to that, Raja was involved with OneWeb, where he led the creation of a financially compelling offering for commercial aviation. As a VP at Panasonic, he led the strategic plan and P&L transformation of the appliances business unit into IoT-based automation. In a previous assignment, he was responsible for driving the re-imagination of the business and technology architecture of the in-flight platform for commercial aviation.

Raja holds a master’s degree in computer science from University of Louisiana, Lafayette, and dual bachelor’s degrees in engineering and physics from the Indian Institute of Science in Bangalore, India, and the University of Madras, India, respectively. He is also a co-author of 6 wireless networking patents that have been granted by the U.S. patent office.