February 27, 2020: With an eye on businesses moving £20 billion of trade between the UK and India each year, Virgin Atlantic Cargo will be launching a Manchester-Delhi service from October 2020 by directly linking North of England. 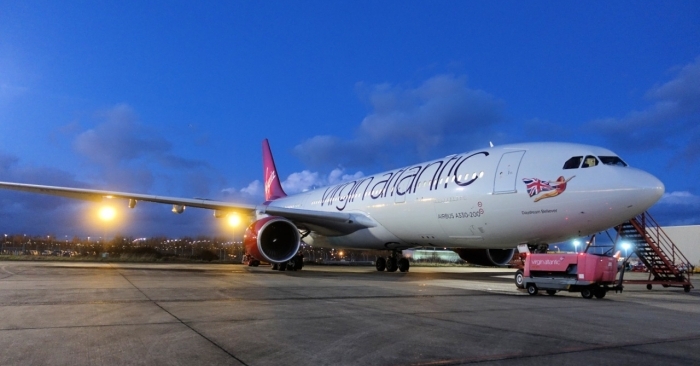 February 27, 2020: With an eye on businesses moving £20 billion of trade between the UK and India each year, Virgin Atlantic Cargo will be launching a Manchester-Delhi service from October 2020 by directly linking North of England.

The route will see Virgin Atlantic fly to Delhi from Manchester for the first time. Starting on 26th October, the airline will operate three A330-200 flights every Monday, Thursday and Saturday as part of its growing commitment to the Indian market.

Last October, Virgin Atlantic commenced daily Heathrow-Mumbai services and, on March 29, will introduce double daily flights to Delhi from Heathrow. This expansion comes as the airline celebrates the 20th anniversary of flying to India.

With over 100m kilos of imports and exports moving between the UK and India by air each year – including high volumes of vegetables, fresh fruit, spices and apparel – Virgin Atlantic is excited to be able to offer their customers more choice than ever before. The new route will also provide quick and seamless connections for customers in the US to access India’s buoyant market. Virgin Atlantic currently operates from New York JFK, Atlanta and Orlando to Manchester and will relaunch seasonal services from Las Vegas on 29th March and Los Angeles from 24th May.

Dominic Kennedy, managing director, Virgin Atlantic Cargo, said: “Business opportunities between the UK and India have never been greater. India is now the world’s fifth-largest economy and the UK is one of its biggest and fastest-growing trading partners for products such as technology and automotive components, pharmaceuticals and fresh produce as well as other general cargoes. The launch of direct flights to India from Manchester this October will give exporters and importers more choice in addition to the three times daily services we will be operating ex Heathrow, offering exciting new growth opportunities for us and our customers.”