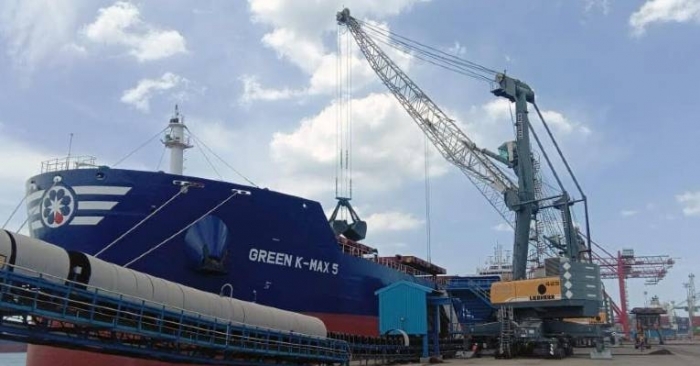 The Liberian flagged vessel ‘MV. Green K Max S’ with length of 229 metres, beam of 32.26 metres and draft of 14.20 metres arrived from the Port of Adang Bay, Indonesia with 76,285 tonnes of coal consigned for India Coke & Power, Chennai. The shipping agent for the vessel is Delta World Wide Shipping and stevedore agent is Vilsons Shipping. The 3 Harbour Mobile cranes operated by IMCOLA Crane Company, Tuticorin discharged 55,363 tonnes of coal.

T.K. Ramachandran, IAS, chairman, V.O Chidambaranar Port Trust, said “International trade is more likely to remain below the levels handled during the last financial year and VOC Port is continuously striving to achieve improvement in overall performance of the port in order to attract more volume of cargo throughput”.