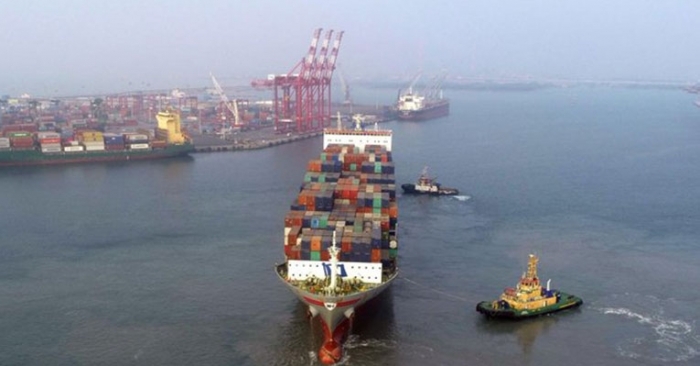 The port has achieved the 36.00 million tonnes target set by the ministry of shipping.

TEUs
The port has registered it’s highest ever record throughput of 8.03 lakh twenty-foot equivalent units (TEUs) of containers in the year 2019-20 clocking a growth of 8.72 percent over previous year's container traffic of 7.39 Lakh TEUs.

During the financial year 2019-2020, the Port has handled 36.08 Million Tonnes of cargo against the previous year's achievement of 34.34 Million Tonnes, registering an increase of 5.05%. pic.twitter.com/dsYKTc1lYy

"The operating ratio of 39.89 percent is one the best among the Indian major ports, " says the release.

Road widening
Works are underway at a cost of Rs 41.55 crore for the project ‘widening the existing Korampallam surplus course bridge and rail over bridge including widening of the existing road’. The port is also in the process of installing ‘Drive through Container scanner’ at a cost of Rs 46.25 crore.

Solar plants
"As a trendsetter among major ports of the country in adopting an integrated Green Energy Port Model, the Port has issued orders for installation of 140 KW Rooftop solar power plant and 5 MW ground-based solar power plant, " says the release.