TradeLens is an effort to digitise the supply chain logistics in India and across the world. The ports are facing bottlenecks for several reasons but one of the reasons is the manual paperwork. Thus TradeLens aims to smooth the supply chain ecosystem for faster and uninterrupted work. 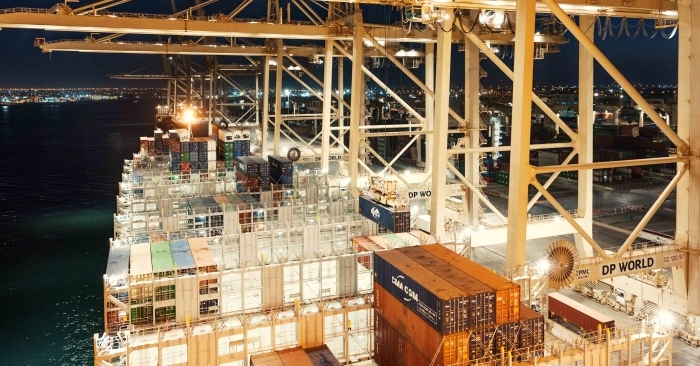 TradeLens is an effort to digitise the supply chain logistics in India and across the world. The ports are facing bottlenecks for several reasons but one of the reasons is the manual paperwork. Thus TradeLens aims to smooth the supply chain ecosystem for faster and uninterrupted work. But will TradeLens become the one-stop solution for supply chain issues?

While many parts of a supply chain today are still following the traditional model of having manual checks and paperwork which is soon becoming obsolete and time-consuming. The industry is constantly on the lookout for newer ways to digitise the manual planning involved in this part of the supply chain.

One such solution has been conceived by Maersk and IBM who have come together to launch Tradelens in 2018, in a bid to enable the digitization of the supply chain process. TradeLens will enable supply chain and logistics network access with data coverage of over half of global container shipping volume to the ecosystem of supply chain partners.

While the solution is not new, it was never adopted as it has been now especially as multiple logistics players have been pushing it. With blockchain, it seems like faster network speeds and faster processing capabilities could become a reality.

As more shippers, carriers and customers use it, TradeLens is slowly gaining people’s trust. TradeLens has made significant progress till now as the company has expanded the foundation carriers’ membership to leading shipping players like MSC, CMA CGM, Hapag Lloyd, ONE and more.

However there remain many industry players who have yet not joined the digital revolution. “One of the reasons is that there are 1000s of jobs all around the world, in people doing all this manual work. Just imagine that now everything could happen digitally. Then what's going to happen to all the customs agents, the freight forwarders, the agents, the bankers, etc involved in the daily process? They're all going to lose their jobs. Well, not all of them, but many of them,” said Pyers Tucker, corporate developer, Hapag Lloyd.

“QBIS estimated that with TradeLens, importers using Nhava Sheva could potentially save up to $220 million a year and exporters up to $40 million in lower transport and logistics costs.”
Bimal Kanal, TradeLens.

In India, Adani Port, Jawaharlal Nehru Port Trust, GateWay Rail and Freightwalla have announced their integration with TradeLens. In the Indian logistics industry, TradeLens aims at digitalising logistics, with its global reach, and a wide network of partners forming a strong global ecosystem. With this network, it has the potential to play a significant role in digitalising supply chains.

“The foundation carriers of TradeLens carry almost 70 percent of India’s export and import volumes. This means that anyone carrying out import and export and connecting to any of these carriers will gain from TradeLens in one form or another – it could be by way of offering visibility, digitised documentation etc,” says Bimal Kanal, Head of TradeLens, South Asia.

For the Indian logistics industry, it is expected that TradeLens is set to bring about great value with its blockchain-underpinned, carrier-neutral platform that connects every stakeholder in the entire supply chain.

“TradeLens offers vast amounts of data of shipments across various carriers. The Indian ports can consume this data from the TradeLens platform and at the same time, they can share their data securely on the platform which pertains to the foundation carriers. With more and more ports coming onboard the network, the quality and quantity of data will improve and thereby aid all stakeholders in the supply chain. TradeLens envisages operational efficiency gains for all stakeholders associated with the port, including the port itself by making use of this secure data,” Kanal explains.

GateWay Rail Freight Limited is the latest addition to TradeLens from India. It is an intermodal operator with the permission to operate its trains on the Indian railways network.

“What motivated us to be one of the initial participants with TradeLens is that we have seen quite a few pain points both for the exporter as well as shipping line on account of having traditional, non-digitized processes. All documentation which is required to be done with respect to the shipping lines currently can be done on TradeLens platform, which is to be done with GateWay. TradeLens provides an internal and interface process, which is IP based and we have decided to extend it beyond by making our system to shake hands with the system of the service provider, thereby allowing the shipping line or customer get integrated with a seamless flow of information, digital document as well as cargo from the point of origin to the point of destination,” says Sachin Bhanushali, CEO, GateWay Rail.

There have been many positive responses on TradeLens but Freightwalla, a digital freight forwarding start-up that joined TradeLens in December 2020 discontinued their association within a few months. Kanal said the discontinuation is expected to be temporary as the blockchain platform is still upgrading its system to integrate multiple standards.

"TradeLens supports the most widely used global standards in its core technology for inland tracking and visibility. These standards are different from what Freightwalla currently uses and wanted from TradeLens. We are constantly evolving and upgrading our platform to integrate multiple standards and technologies to support more stakeholders on the platform. In the future, we hope to provide the capabilities that Freightwalla wants. Until then, Freightwalla has decided to hold back from using TradeLens,” Kanal said.

The issue of bottlenecks in the Indian and international ports has been ongoing for years and it has been disrupted further owing to the Covid-19 pandemic.

“Since there are many factors affecting the current bottleneck issues, we don't think it can't be solved by one system or solution. But if the digital ecosystem is successfully rolled out in Tradelens in the near future, then it may help the industry to create newer ways of working across the supply chain to predict port traffic and mitigate bottleneck problems in the port,” says Kosuke Wada, Senior Vice President, ONE.

While talking about the bottlenecks faced by Indian ports, Kanal also spoke about some improvements on the way to ITLN. He said, “QBIS conducted a deep analysis around the total cost of logistics for the containers transiting through Nhava Sheva port (JNPT). QBIS estimated that by having improved document flows and supply chain visibility offered by digital solutions such as TradeLens, importers using Nhava Sheva could potentially save up to $220 million a year and exporters up to $40 million in lower transport and logistics costs, notably from shorter lead time and less frequent delays. Assuming similar potential values in other Indian ports, the savings nationwide could reach a whopping $860 million. These savings are not in terms of money saved alone, but also in improving the lead times and reducing frequent delays through deep visibility on digital platforms.”

TradeLens is set to continue on its current growth trajectory to get as much data on board as possible with a vision to digitise the Indian ecosystem within the next 5 years to achieve an unprecedented level that has not been seen before.