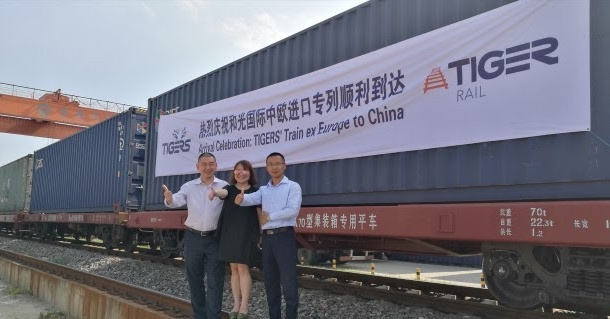 Tiger Rail customers can charter a train, or book Full Container Load (FCL) or Less than Container Load (LCL) shipments on weekly scheduled services to and from over 15 origin stations in China.

“Our customers benefit from lower shipping costs by empty container return in Switzerland for westbound services, and Shipper’s Own Container (SOC) for eastbound services, for both FCL and LCL.”

“Tigers has already supported customers to transport over 500 TEUs as FCL, and 1500 cubic meters (CBMs) as LCL along the new Silk Road.”

Tiger Rail’s inaugural shipment took place over the summer, on behalf of one of the largest manufacturers of exhaust and suspension systems, which chartered a train to transport construction materials, auto parts, and electronics.

The launch of Tiger Rail comes only weeks after Tigers achieved Authorised Economic Operator (AEO) certification in the UK, expanded its footprint with a new office in Leeds, and launched a post-Brexit solution to combat any disruption caused by Brexit.