X
Since March 2004, Thai Airways has served 1.1 million passengers from Bengaluru to over 60 destinations across the world through its network.
Our Correspondent29 July 2019 12:02 PM GMT

July 29, 2019: Thai Airways, the official flag carrier airline of Thailand, completed 15 years of services to Bengaluru. Since March 2004, Thai Airways has served 1.1 million passengers from Bengaluru to over 60 destinations across the world through its network.

To commemorate the milestone, Thai Airways organised an event ‘Vibrancy of the garden city’. Travel agents, corporates, airport representatives, frequent flyers and other dignitaries from the travel ecosystem attended the event. Ambassador of Thailand to India, Chutintorn Gongsakdi was also present.

The event included a traditional Thai dance performance, presentations on Thai Airways, Thai Smile Airways, a subsidiary of THAI; and a presentation by Tourism Authority of Thailand (TAT). There was also a live demonstration of ‘Meing Kham’, a traditional hors de oeuvre from Thailand. 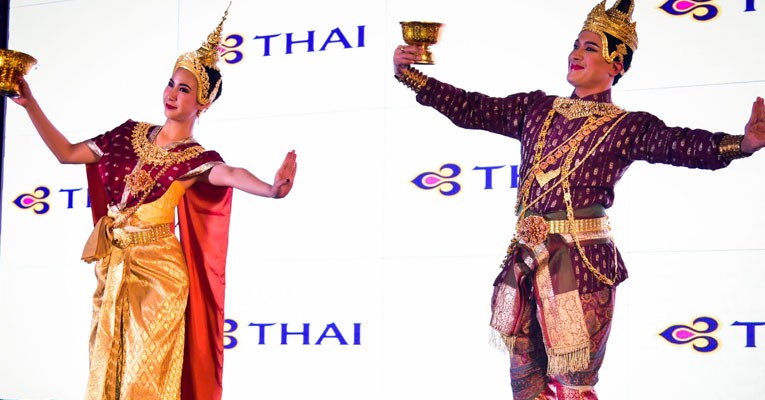 “It is a distinct honour and pleasure to participate in Vibrancy of the Garden City to celebrate THAI Airways’ 15th Anniversary of flight operations to Bengaluru. Indian friends and acquaintances do tell me that Thai Airways is a preferred choice carrier for flying to Thailand. This is flattering indeed, for Thais are essentially humble people, but nevertheless, we are a nation with a strong sense of pride in memorable service from the heart," said Gongsakdi.

Presently, Thai Airways operates non-stop flight daily between Bangkok and Bengaluru. The current fleet of wide-bodied aircrafts that are operated by Thai include Boeing 777-200 on weekdays and 777-300/777-300 ER on weekends.