October 21, 2019: Sensors and connectivity tech provider, TE Connectivity, will be featuring its new ‘TE RSTI 68 surge arrester’ which is designed to be mounted directly on the transformer at the International Railway Equipment Exhibition (IREE) on October 22-24, 2019 in New Delhi. 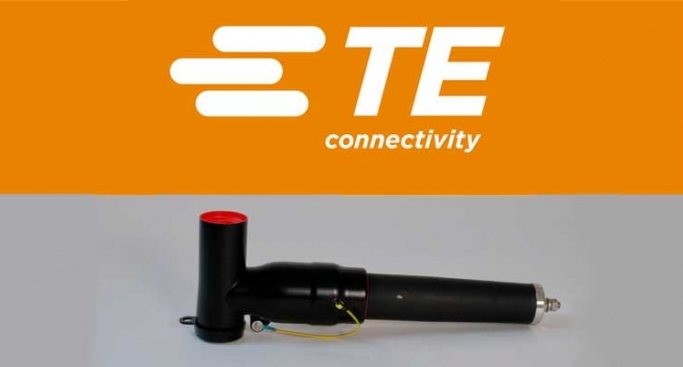 X
The new surge arrester of the German company claims to save space on the train roof.
Our Correspondent21 Oct 2019 8:00 AM GMT

October 21, 2019: Connectivity and sensors tech provider, TE Connectivity, will be featuring its new ‘TE RSTI 68 surge arrester’ which is designed to be mounted directly on the transformer at the International Railway Equipment Exhibition (IREE) on October 22-24, 2019 in New Delhi.

Launched in July 2019, the new surge arrester of the German company claims to save space on the train roof and solve some of the most common issues arising during the ongoing modernisation of India’s railway system. IREE 2019 is Asia's largest event for the rail transportation sector and will be held at the Aerocity exhibition venue in New Delhi.

The RSTI 68 surge arrester can be placed directly on the transformer but also at the rear side of the high voltage (HV) cable assembly that connects to the transformer. The product fits perfectly in a sealed HV system, giving maximum design freedom in its vicinity. For trains using the new Lopro circuit breaker, this secondary surge arrester can even be placed directly on the circuit breaker, creating even more configuration freedom in the HV system.

Subramanian Palanivelan, head of TE’s Industrial business unit in India, said “As the main feature at our IREE stand, TE will show for the first time in India its new RSTI 68 surge arrester. With an ever-growing number of double-decker trains, high products on rooftops can create challenges with tunnels and bridges. But it’s not just height; roof space on trains, in general, comes at a premium as more components need to be placed on rooftops, several of them require free space around them as well. Additionally, cleaner rooftops improve aerodynamics, especially for high-speed trains.”

“As this is our first time to participate in IREE, we look forward to sharing how TE can help companies be more innovative, sustainable and productive. It is great to be a part of the industry during the largest-ever modernisation and expansion of Indian Railways,” he added.

The TE´s stand will also demonstrate next-generation roofline systems for all operation environments, combining reliable operation with low-profile and lightweight design. Highlights include:

1. TE is offering the full scope of Cat5e, Cat6 and Cat7 data cables spanning 120 Ohm up to 10 Gb/s for use onboard and trackside applications with the corresponding M12 and M12 X Code connector series for data and sensor networks, train door control and HVAC systems.
2. The DEUTSCH FXP Series connector can be used for all static and dynamic power applications on rolling stock − in a small lightweight design and with higher electrical capacity reducing weight and space while increasing capacity.
3. The Modular Sensor Design Program that is suitable for any railway vehicle (high-speed train, locomotive, EMU/DMU, metro, tramway and trolleybus) and application (propulsion, brake control and signalling).