Terminals at the Port of Tacoma, Washington have decided to collect dwell fees from importers. 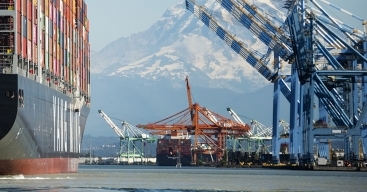 November 9, 2021: Terminals at the Port of Tacoma, Washington have decided to collect dwell fees from importers.

Husky Terminal announced that importers will have to pay a one-time charge of $315 if containers have been on the premises for more than 15 days w.e.f November 1.

Similarly, from 15 November, Washington United Terminal is going to charge importers dwell fee of $310 for containers at the terminal for more than 15 days.

"Units will be placed on hold and payment will be due prior to making an appointment. Payments will be a manual process to begin with and will require payment via check or wire transfer but will eventually be made through eModal. This action is designed to encourage the rapid movement of local import containers," the statement from Washington United Terminal said.

The move follows earlier announcements by the ports of Los Angeles & Long Beach to collect dwell fees of $100/day to reduce congestion.

The charges at LA/LB and Port of Tacoma terminals are different in many ways including:

Charges at Tacoma are one-off fees while it increases by $100 every day over the 15-day mark at LA/LB.

Charges will be levied on shipping lines in LA/LB while Tacoma terminals will charge importers.