March 13, 2018: Commerce and industries minister Suresh Prabhu has been given additional charge of the civil aviation ministry. 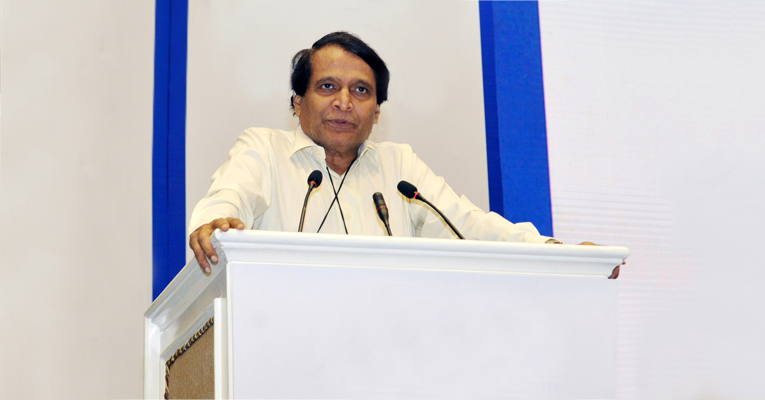 March 13, 2018: Commerce and industries minister Suresh Prabhu has been given additional charge of the civil aviation ministry. The move comes a day after the resignation of TDP’s Ashok Gajapathi Raju was accepted by President Ram Nath Kovind.

Raju and another Telugu Desam Party (TDP) MP, YS Chowdary, had resigned from the council of ministers after party supremo and Andhra Pradesh chief minister N. Chandrababu Naidu decided to pull out his ministers.

Naidu’s decision comes in the wake of continued attacks from the opposition for “failing” to secure special category status for Andhra Pradesh.

Meanwhile, Prabhu while assuming additional charge of the ministry of civil aviation said that aviation is one of the fastest growing sectors in the Indian economy and the ‘open skies policy’ is leading to tremendous growth in the sector. He added that the benefits of this growth will be seen in increased employment generation.

Open skies is an international policy concept that calls for the liberalisation of the rules and regulations of the international aviation industry, especially commercial aviation, in order to create a free- market environment for the airline industry.