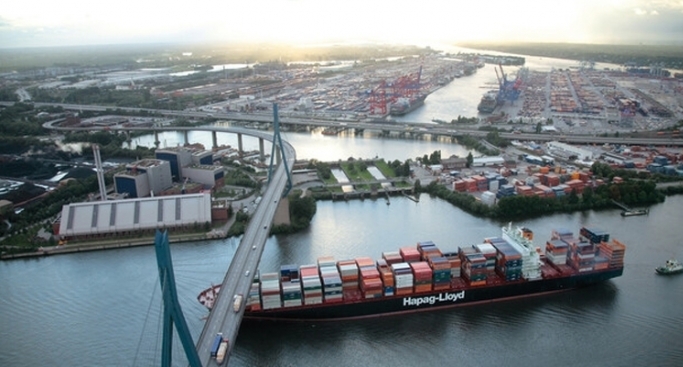 X
The growth of 6.4 percent in container handling to 2.3 million TEU has been attributed to the four liner services new to Hamburg.
Our Correspondent21 May 2019 11:58 AM GMT

The growth of 6.4 percent in container handling to 2.3 million TEU has been attributed to the four liner services new to Hamburg and linking the Hanseatic City with ports in the USA, Canada and Mexico. USA has come in second place among Hamburg's top trading partners on container traffic following a total 121,000 TEU for container transport, a four-fold jump.

"The four new Transatlantic services run by %u2018THE Allianz' plus renewed growth in bulk cargo handling are putting the port on a growth path. Hamburg has now become the hub for services with the USA, Mexico and Canada," said Axel Mattern, joint CEO of Port of Hamburg marketing.

The new container lines also profited the feeder traffic and landside seaport-hinterland services - at 1.45 million TEU up by 8 percent on the comparable figure in the previous year.

Of the total of 2.3 million TEU handled, 865,000 TEU - up 3.8 percent - were transported by feedership to other European ports. "The positive figures for seaport-hinterland services and the transhipment field underline Hamburg's outstanding position as a hub port. More than 100 liner services link Hamburg with more than 1,000 seaports worldwide and generate the throughput volumes that then pass inland via Hamburg for further distribution," said Ingo Egloff, Axel Mattern's executive board colleague at Port of Hamburg marketing.

Elaborating on the start made on fairway adjustment, Egloff explained, "For shipping companies, the fairway adjustment not only simplifies calls in Hamburg, but also facilitates larger handling volumes. Greater draft and an easier situation for passing on the Elbe will allow greater use of their ships' transport capacity."

A press release claimed that large containerships and bulk carriers will be able to transport around 18,000 tons more cargo when arriving or sailing in Hamburg once the Elbe has been deepened. The port and its handling terminals are today already clearing mega-carriers with a slot capacity of more than 21,000 TEU.