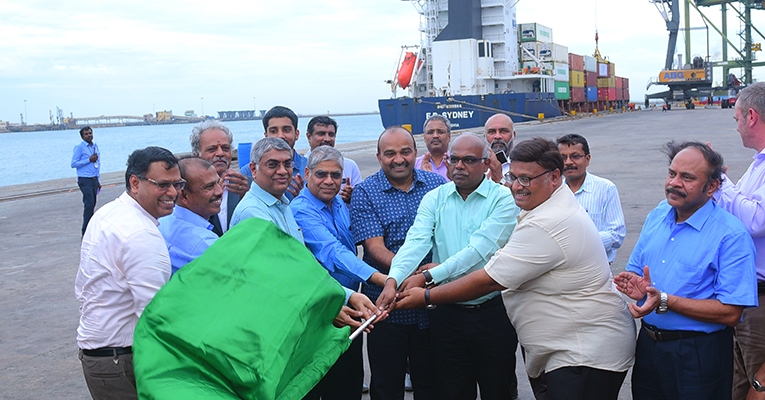 The raw cotton storage facility is likely to accommodate around 500 TEUs of 40 foot container and has been planned in the custom bonded area of Dakshin Bharat Gateway Container Terminal. The raw cotton can by stocked for a period of 30 days at free of cost. The Customs has also issued the necessary guidelines for handling imported raw cotton and storage in the facility.

“The prime objective is to facilitate international cotton traders to bring the cotton and store it in the Port yards and sell the cotton either to the mills in India and to have the leverage of selling the cotton to other countries as well. It is pertinent to note that the above facility will aid textile mills to get cotton at the international price within short span of one week, thereby increasing the yarn production in Tamilnadu. The facility would have a rippling effect by strengthening the textile value chain particularly knitting, weaving, garmenting, textile processing, apparel sector etc., and through providing employment opportunity for more than one lakh people of Tamilnadu. In addition, it will also lead to parity in the cotton price at the Indian market,” said the VO Chidambaranar Port Trust in a press release.

The release further said that in order to give impetus to the import of containerized raw cotton, VO Chidambaranar Port has also agreed to levy nominal rent on the containers carrying raw cotton handled at the port by the traders.

In the second phase, a Free Trade Warehousing Zone (FGTWZ) will be established in the Port estate with creation of world-class infrastructure for warehousing of raw cotton, state-of-the-art equipment, transportation and handling facilities, commercial office-space, water, power, communications and connectivity, with one-stop clearance of import and export formality, to support the integrated zones as ‘international trading hubs’. VO Chidambaranar Port has already identified 52.40 hectares of land in the port area for establishing FTWZ and is in the process of finalizing the detailed project report for the same.