Unlike lithium-ion batteries, Faradion’s sodium-ion batteries have exceptional thermal stability and safety. Further they can be safely transported and maintained at zero volts 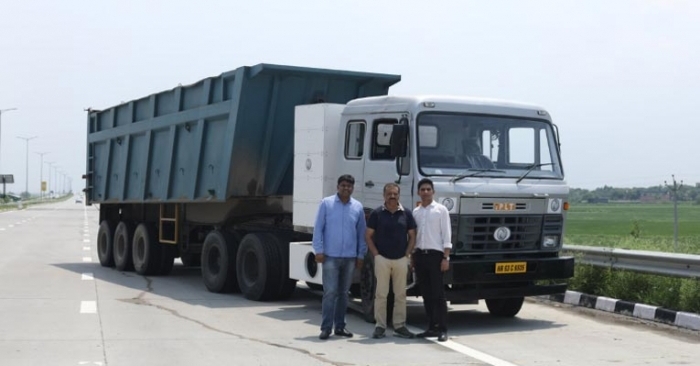 June 8, 2020: Faradion has announced a partnership with the Gurgaon-based Infraprime Logistics Technologies (IPLTech) for its high energy sodium-ion batteries for use in commercial vehicles in the Indian market.

"The news comes just a few weeks after the UK based company’s first major order from Australia and reflects its entry into one of the most exciting electric vehicle markets in the world, " says the release.

Infraprime Logistics Technologies
IPLTech is a Gurgaon-based heavy goods vehicle fleet service provider that is halving the cost of infrastructure development. It is doing so through an electric fleet complemented by a data layer that organises thousands of small fleet operators.

Siddhartha Das, executive chairman, IPLTech said, “We are driven to minimise the heavy pollution caused by heavy goods vehicles in India. This partnership with Faradion represents a commitment to work with this world-leading sodium-ion technology together to realise this joint vision.”

“Our full electric mega trucks are the first of their kind to be integrated and deployed in India. We believe that the Faradion technology can provide the Indian market an effective solution at competitive prices”, Siddhartha said.

PRESS RELEASE: Faradion announces a new partnership with Infraprime Logistics Technologies (IPLTech) for its high energy sodium-ion batteries for use in commercial vehicles in the Indian market.

Electric vehicles in India
"India has demonstrated a growing appetite for moving towards electric commercial vehicles, driven by the Government’s target of 30 percent electric vehicle adoption by 2030. It has given a significant push to infrastructure by allocating $1.4 trillion for infrastructure to be invested by 2025. This is higher than the UK ($35 billion) and the US ($500 billion) in the same period. Each day, 40 km of highways are constructed in India and the market for roads and highways is projected to grow at an annual rate of 36% from now to 2025," says the release.

Sodium-ion technology of Faradion
Faradion’s sodium-ion technology provides similar performance to conventional chemistries, while replacing expensive materials such as cobalt and lithium with the far more abundant sodium. Unlike lithium-ion batteries, Faradion’s sodium-ion batteries have exceptional thermal stability and safety. Further they can be safely transported and maintained at zero volts.

Faradion has seen significant interest in several markets, including the US, Europe and Australia due to its performance, safety and price point.

James Quinn, CEO, Faradion said "India was the next logical region for Faradion, given the market conditions. Faradion is accelerating large-scale industrialisation of its safe, low cost, Sodium-ion energy storage technology. The partnership with IPLTech reflects an important milestone in our commitment to the market and the Prime Minister’s Make In India vision, as we also shortly commence manufacturing in India.”