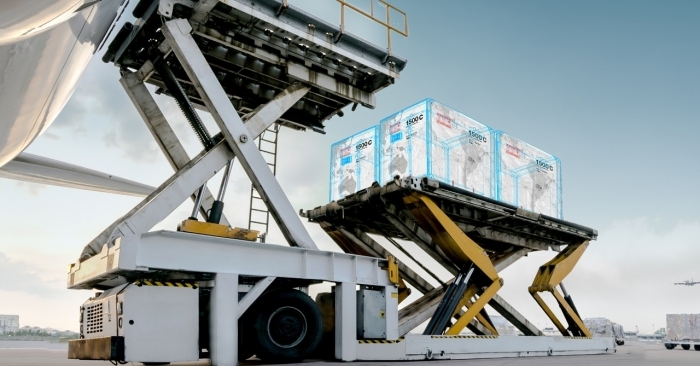 Richard Ettl, co-founder and CEO of SkyCell, said, “SkyCell’s goal for this round of financing was to diversify its investor base and gain further access to the Middle and the Far East regions, to extend our reach, and support the growth of our client network,”

“With two-thirds of the world’s human footprint - including much of the developing global South - within a four-hour flight time, Abu Dhabi is of strategic significance for the global pharma supply chain and for us,” he said.

“The funding will enable us to grow our sales teams and convert our growing pipeline of global pharmaceutical and biotech clients. Additionally, we will be able to further improve the experience we offer our clients, further differentiate our hardware and SaaS offerings based on their needs and become their distribution solution of choice for cold chain,” he added.

Jassim Alseddiqi, Group Chief Executive Officer of SHUAA Capital, said: “At SHUAA, we invest in pioneering and innovative companies, especially in vital sectors that have a significant impact on society, and that at the same time generate meaningful returns for our shareholders. SkyCell is one such business, using technology to transform the pharmaceutical supply chain, and we are excited about its growth potential in the coming years, given the importance of its role in designing and manufacturing advanced and safe drug containers.”

Globaleye Capital acted as exclusive financing coordinator for this Series C. Jean-Marc Le Calvez, managing partner at Globaleye Capital, said, “Our teamwork resulted in the onboarding of new strategic investors, each of which will play an essential role in SkyCell’s future - becoming the partner of choice for global cold-chain pharma.”

Founded in Switzerland in 2012, SkyCell designs and manufactures containers that allow pharmaceutical companies to predict, reduce, and control the risks associated with transporting temperature-sensitive drugs. Powered by a pool of nearly one billion data points on factors including carriers, handlers, airports, outside temperatures, locations, and transit times, SkyCell’s combination of hardware and software innovation delivers an independently-audited market-leading failure rate of less than 0.1 per cent - versus an accepted industry standard between 4 and 12 per cent - while reducing CO2 emissions by almost half.

The funding round follows a year of significant growth for SkyCell, with revenue up 60 percent year-on-year in 2020/21. The need to respond to changing industry demands also drove rapid product innovation: by adding to its range a container capable of transporting pharma products requiring deep-frozen transit (including BioNTech and Pfizer Covid-19 vaccines, among others) by maintaining an internal temperature of -80 degree Celsius, SkyCell can offer containers meeting every temperature requirement. SkyCell has also launched a SaaS solution, SECURE, that provides pharma companies with end-to-end oversight of every shipment around the world and an automated approval capability that reduces quality approval time to just minutes.

Meanwhile, Skycell has increased its headcount by 45 percent since its previous funding round in April 2020, and significantly increased its on-the-ground global presence with the opening of service centres in new locations, including San Francisco, Philadelphia, Seoul, Rome, Toronto, Tokyo, Seoul, and Ireland. It has also signed new partnership agreements with eight airlines, including Qatar, Saudia Cargo, KLM Airfrance Martinair Cargo, Korean Air, LOT, Virgin Atlantic, JAL, and All Nippon Airways, as well as logistics partners such as DB Schenker and DSV. These partnerships have driven a significant increase in SkyCell’s reach, especially between Europe and the APAC and LATAM regions.