FROM MAGAZINE: Setting stage for a revolution enhancing global trade

The seventh edition of Air Cargo India, the most popular international air freight industry exhibition and conference, will place India as the global destination for trade and commerce and will strategise how air logistics will position India in the top league 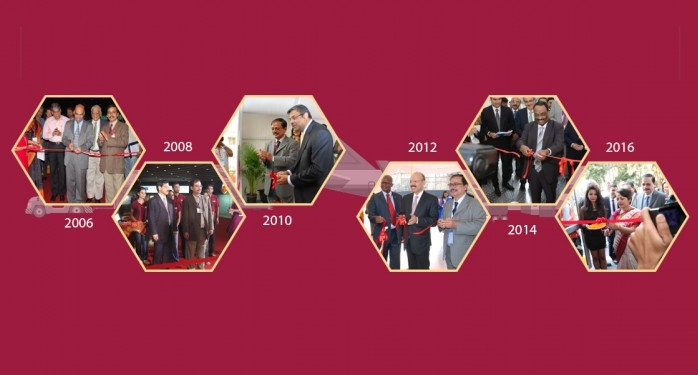 The seventh edition of Air Cargo India, the most popular international air freight industry exhibition and conference, will place India as the global destination for trade and commerce and will strategise how air logistics will position India in the top league.

The much-awaited event for the global air cargo industry is back. Now in its seventh edition, Air Cargo India is the first industry event after the Indian government’s Ministry of Civil Aviation (MoCA) propounded the new integrated civil aviation policy, which is expected to propel the next revolution in Indian aviation.

Keeping this in mind, Air Cargo India 2018 with its theme ‘Indian Air Cargo: A revolution enhancing global trade’ aims to showcase India’s potential in the air cargo space and promote the nation as the most promising destination in global trade. The three-day event, organised by The STAT Trade Times, the flagship magazine of STAT Media Group, will take place from 20 to 22 February 2018 at Grand Hyatt in Mumbai.

After a successful run for the last six editions, the current edition has also garnered immense support from the global air cargo fraternity. Coming in as the Diamond Sponsor, GVK-led Mumbai International Airport (MIAL) has partnered with Air Cargo India for the third consecutive time. Given its long-standing relationship with STAT Media Group, Qatar Airways Cargo has lent its support as Platinum Sponsor.

“Being one of the leading air cargo carriers, Qatar Airways Cargo is privileged to be a major partner at this biennial event, which extends to us not only prominent brand and PR exposure, but an occasion to foster relationships with our global customers, media and business partners in the region,” said Guillaume Halleux, acting chief officer cargo, Qatar Cargo.

GMR-led Hyderabad International Airport and Hyderabad Menzies Air Cargo have announced their support as Gold Sponsor for the event. Hemanth DP, chief commercial officer - Aero Commercial, Cargo, GMR Airports said: “We have been participating regularly in Air Cargo India for the past few years. We consider this event as an opportunity to meet the most influential Air Cargo professionals from across the world.”

Bangalore International Airport (BIAL) has come in as the Silver Sponsor. This is the first time that BIAL has come on board with the event. Raj Andrade, vice president, Business Development, Marketing & Strategy, Bangalore International Airport Limited, said, “The STAT Times Air Cargo India offers an unrivalled platform for industry professionals to network, discuss, develop and plan on new strategies that will propel the air cargo growth in the country.”

The most popular Air Shippers Forum, first launched during Air Cargo India in 2014, with its focus on getting shippers from various sectors – primarily pharmaceuticals, automotive and high-tech, to the heart of discussions, will continue to address key concerns in commodity-specific supply chains.

IBS Software Services has joined the event as the Silver and Track Sponsor. As a track sponsor, IBS will host the panel discussion “eCommerce retail - what air cargo can deliver” on February 22. The panel will discuss the potential that the eCommerce sector offers and what air cargo industry can do to deliver speed and visibility.

Unisys will host the inaugural panel discussion ‘Charting a new flight path for Indian air cargo as a global destination’ scheduled for February 21. The panel will attempt to place in context India as the global destination for the air freight industry both for inbound and outbound cargo.

Schiphol Cargo, Europe’s third largest cargo gateway, will sponsor the track ‘Facilitating global trade - how air cargo is making it happen’. The discussion, scheduled for February 21, will deliberate on topics like how trade facilitation increases the value proposition of air cargo.

Lufthansa Cargo will host the digitalization track with the theme ‘Digitalization - Freight forwarding: Keeping pace with the evolving paradigms in the air freight industry’. The discussion, to be held on February 21, will focus on how increased digitalisation is enabling faster data-driven decision making in global trade and air cargo.