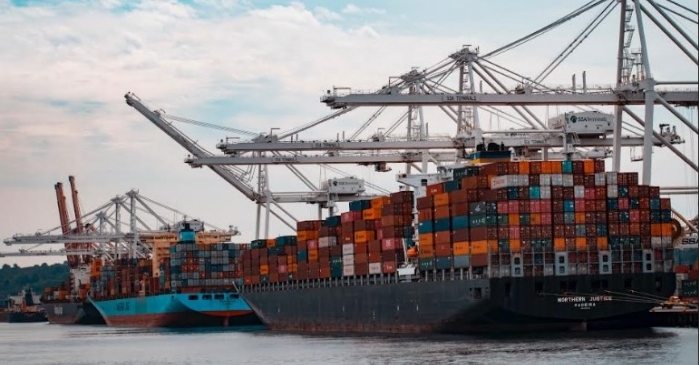 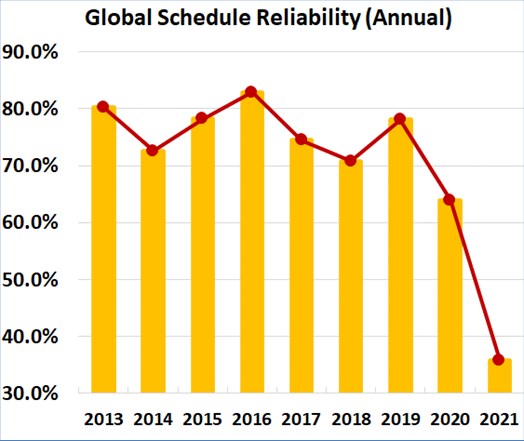 The average delay for LATE vessel arrivals has been on an upwards trend since the lowest recorded delay of 3.19 days in 2016. "In 2021, the figure nearly touched the 7‑day mark, reaching 6.86 days. The average delay for ALL vessel arrivals recorded a sharp increase in 2020, and an even sharper increase in 2021 with the 2021 figure crossing the 4‑day mark for the first time," says Alan Murphy, CEO, Sea-Intelligence. 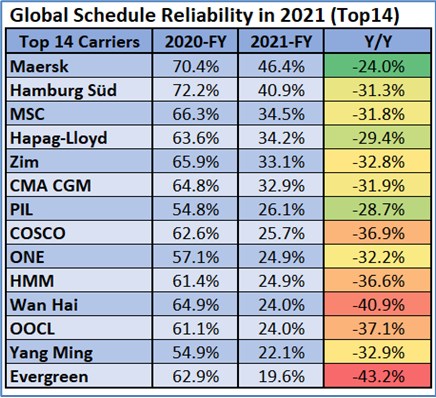 Across the major trades: Transpacific, Transatlantic and Asia-North Europe & Med, 75 cancelled sailings have been announced between weeks 06 and 09 out of a total of 548 scheduled sailings, representing 14% cancellation rate.

"During this period, 72 percent of the blank sailings will be occurring in the Transpacific Eastbound trade, and mostly to the West Coast," according to the latest Cancelled Sailings Tracker from Drewry. 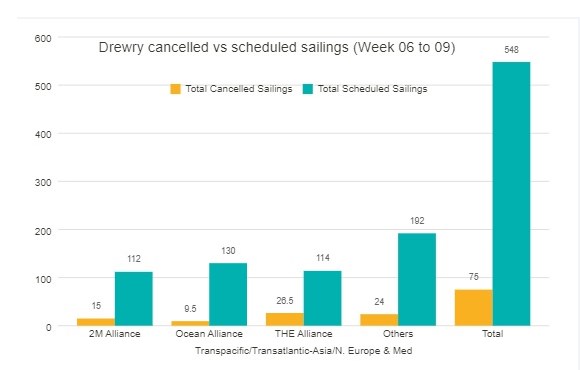 "Despite a general stabilisation of rates in the North American market, there was a small upside of $50 to $10,950/FEU for trans-Pacific bookings into the USEC as more shippers looked to all-water strings servicing the Atlantic Coast amid ongoing delays on the US Pacific coast."

North Asia-to-West Coast North America was range bound during the week at $9,500/FEU.

With the Lunar New Year finally taking place, the Asia to Europe container freight market breathed a sigh of relief with the picture of what is to come starting to appear clearer in some market participant's minds, the report added.