October 14, 2019: Saudi Arabia has launched the Al Khomra Logistics Zone Jeddah, and offered it to the private sector for investment. 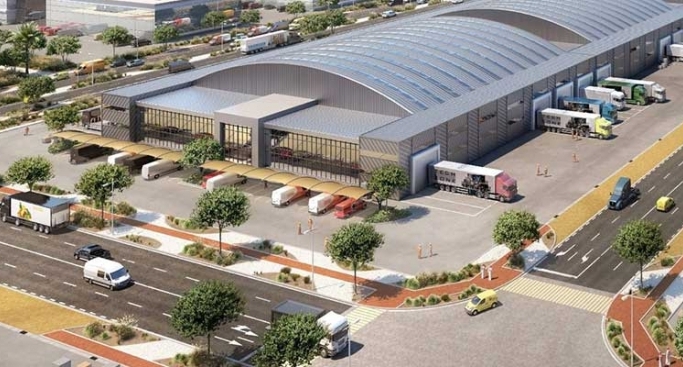 X
Al Khomra is a modern logistics zone facilitated through customs-bonded and re-exports zones.
Our Correspondent14 Oct 2019 8:59 AM GMT

Speaking during the opening of the Third Saudi Logistics Conference at the Four Seasons Hotel in Riyadh, minister of transport Dr Nabeel Bin Mohamed Al-Amoudi minister said that Al Khomra is an umbrella for a number of logistics zones and platforms to be launched in the coming period through a prepared comprehensive strategy and plan.

Al Khomra logistics zone is expected to host 10 business areas from four vital sectors — electronic, vehicles, electrical equipment and food and beverages. The zone will include primary manufacturing facilities, secondary manufacturing facilities, storage and cooling facilities and food distribution centers. It seeks to provide an advanced infrastructure and added-value services that will actively contribute towards positioning Saudi Arabia as a global logistics hub while raising its competitiveness on investment and services fronts as outlined within Saudi Vision 2030.

Commenting on the launch, president of Mawani Eng. Saad Bin Abdulaziz Al Khalb described Al Khomra as a major leap for the logistics sector in Saudi Arabia. He reiterated the significance of Al Khomra Logistics Zone due to its proximity to international trade routes, its strategic location in the southern governorate of Jeddah and close to Jeddah Islamic Port making it a global logistics platform and a major hub connecting the Middle East, Africa and Europe.

Al Khomra’s location along the Red Sea coast, a major passageway for more than 13 percent of global maritime trade, will make it a vital hub on the Silk Road maritime trade route launched within the Belt and Road Initiative (BRI).