September 26, 2020: The credit rating agency ICRA Ratings noted that launch of SAROD-Ports (Society for Affordable Redressal of Disputes – Ports) by the union ministry of shipping is a much needed alternative step to resolve/reduce the disputes in the ports sector in less time and in a cost-effective manner thus will attract more private investment 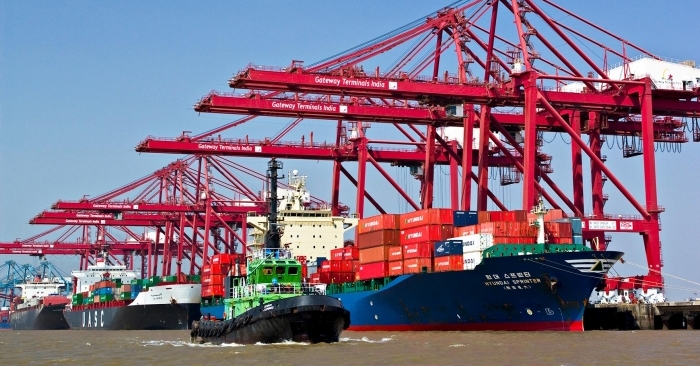 September 26, 2020: The credit rating agency ICRA Ratings noted that launch of SAROD-Ports (Society for Affordable Redressal of Disputes – Ports) by the union ministry of shipping is a much needed alternative step to resolve/reduce the disputes in the Indian ports sector in less time and in a cost-effective manner thus will attract more private investments.

SAROD-Port is a newly launched for dispute resolution mechanism in the maritime sector, comprising of major ports, non-major ports and PPP players operating at major ports.

SAROD- Ports will consist of members from Indian Port Association (IPA) and Indian Private Ports and Terminal Association (IPPTA) and the empanelled arbitrators will comprise of retired chairman/deputy chairman of major port trusts or retired or serving members of the judiciary, civil servants, public sector undertakings who have experience in the port sector and arbitration process.

Sai Krishna, assistant vice president and associate head, ICRA Ratings, said, “The port sector’s ability to attract investments will also be contingent on the resolution of policy issues which led to disputes in the first place. Further, while the government has announced several policy measures over the last few years, they are in various stages of implementation.”

Disputes between ports and private players
In the last two decades, there has been increasing shift towards PPP projects and landlord port model by the major ports, where terminals for specific cargo segments are developed and operated by private players on BOT basis. However, in many cases there have been disputes with the Major Port Trust related to terms of concession including revenue share/royalty; the meeting of minimum guaranteed performance standards and volumes; facilities and maintenance work to be done by the Port Trust etc. apart from disputes with regulatory authorities like TAMP. These disputes in many instances have dragged on for several years, as the parties may first go for arbitration and then fight the cases in higher courts. This results in high arbitration and litigation costs for both the ports as well as the private players. The launch of ‘SAROD-Ports’ is a step to address such disputes through an alternative route to ensure faster resolution and in a cost-effective manner.

K. Ravichandran, senior vice president and group -head, ICRA Ratings, said, “The credit profile of several port sector entities has been impacted by large contingent liabilities arising from prolonged disputes and hence the launch of SAROD-Ports should be credit positive for the sector. However, the success of the mechanism remains to be seen, as it will depend on the willingness of existing concessionaires to opt for it. This should be more useful for disputes, where the quantum of liability is smaller and it will be prudent for both parties to settle in a speedy manner. Further, the provision to bring in experts in arbitration process should also be a favourable factor, as industry members have at times cited dissatisfaction with arbitrators not having sufficient understanding of the port sector”.

SAROD - Roads
The SAROD mechanism has already been in place for some time in the road sector. The SAROD - Roads, comprises of members from NHAI and NHBF and has empanelled arbitrators. There are set rules, with regards to the number of arbitrators for a case, fees to be paid, provision for appointment of experts etc. The system was put in place to bring down the cost of arbitration and to ensure a faster resolution. Over the last few years, there has been a fair share of disputes between NHAI and private players being resolved through the mechanism and thereby reducing pendency and reducing the cost of arbitration.